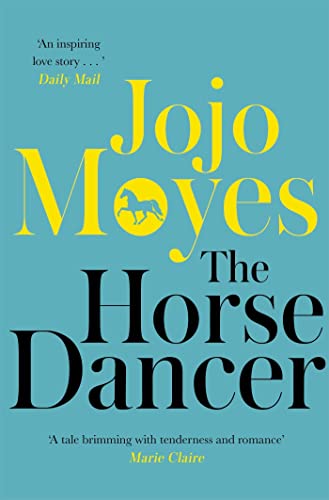 The Horse Dancer
by Jojo Moyes

The Horse Dancer by Jojo Moyes

The 2009 novel The Horse Dancer by Jojo Moyes, the bestselling author of Me Before You and two-time winner of the RNA Novel of the Year award.
In a hidden corner of London, Henri Lachapelle is teaching his granddaughter and her horse to defy gravity, just as he had done in France, fifty years previously. But when disaster strikes, fourteen-year-old Sarah is left to fend for herself.

Forced to share a house with her charismatic ex-husband, her professional judgement called into question, lawyer Natasha Macauley's life seems to have gone awry. When her path crosses that of Sarah, she sees a chance to put things right.

But she doesn't know that Sarah is keeping a secret, one that will change all their lives forever . . .

I had to keep reminding myself that I was not, in fact, reading Dickens . . . Moyes's vision of people lifted from despair by nothing more than love (and a little money) is nothing if not poignant. * Washington Post *
A tale brimming with tenderness and romance. * Marie Claire *
A strikingly original tale which captivates from the first page. * Daily Express *

GOR001784439
The Horse Dancer by Jojo Moyes
Jojo Moyes
Used - Very Good
Paperback
Hodder & Stoughton
2010-04-29
528
0340961600
9780340961605
N/A
Book picture is for illustrative purposes only, actual binding, cover or edition may vary.
This is a used book - there is no escaping the fact it has been read by someone else and it will show signs of wear and previous use. Overall we expect it to be in very good condition, but if you are not entirely satisfied please get in touch with us.