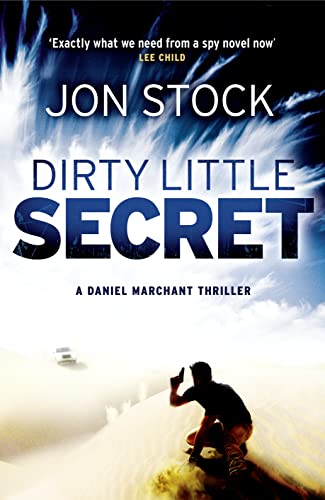 For fans of Bond and Bourne, the third instalment of the pulse-pounding Daniel Marchant spy series.

For fans of Bond and Bourne, the third instalment of the pulse-pounding Daniel Marchant spy series.

The special relationship between London and Washington is in tatters. Salim Dhar, the world's most wanted terrorist, has disappeared after an audacious attack on an American target in the UK. The CIA believes Daniel Marchant, renegade MI6 officer, was involved. But Marchant has a bigger secret: Dhar has agreed to work for MI6, promising to protect the UK from future terrorist atrocities.

He has also asked for something in return: Marchant must help him with a final strike against America. Should Britain sign up to this Faustian pact or hunt them both down? Intelligence chiefs are divided - and one of them is working for Moscow.

In a high octane thriller set in Britain, France, Russia and Morocco, Marchant wrestles with his conscience and his love for Lakshmi Meena, a beautiful CIA officer with her own secret. Does loyalty to one's country come above all else, whatever the price? Or are some relationships too special to ignore?

"A rip-roaring race of a read that never lets up until the finishing tape - and a bit beyond."
ROBERT GODDARD

"As elegant as Le Carre and as cynical as the twenty-first century ... exactly what we need from a spy novel now."
LEE CHILD

"An elegant, unstoppable front runner of a spy thriller" -
THE OBSERVER

Prior to becoming a writer, Jon Stock was Weekend editor of the Telegraph. He is the author of four novels, The Riot Act, The Cardamom Club, Dead Spy Running and Games Traitors Play. He is also a columnist with The Week magazine in India. He lives in Wiltshire with his wife and three young children.

GOR004677253
Dirty Little Secret by Jon Stock
Jon Stock
Used - Very Good
Paperback
HarperCollins Publishers
2012-07-01
448
000730076X
9780007300761
N/A
Book picture is for illustrative purposes only, actual binding, cover or edition may vary.
This is a used book - there is no escaping the fact it has been read by someone else and it will show signs of wear and previous use. Overall we expect it to be in very good condition, but if you are not entirely satisfied please get in touch with us.