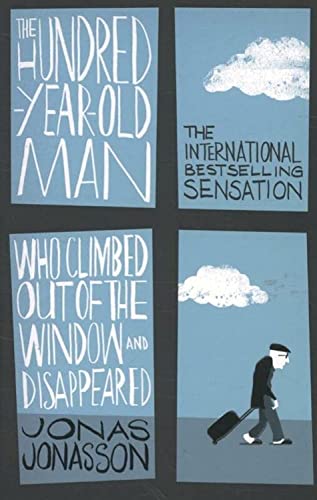 Sitting quietly in his room in an old people's home, Allan Karlsson is waiting for a party he doesn't want to begin. His one-hundredth birthday party to be precise. The Mayor will be there. The press will be there. But, as it turns out, Allan will not . . .

Escaping (in his slippers) through his bedroom window, into the flowerbed, Allan makes his getaway. And so begins his picaresque and unlikely journey involving criminals, several murders, a suitcase full of cash, and incompetent police. As his escapades unfold, Allan's earlier life is revealed. A life in which - remarkably - he played a key role behind the scenes in some of the momentous events of the twentieth century.

A mordantly funny and loopily freewheeling debut novel about ageing disgracefully * Sunday Times *
Imaginative, laugh-out-loud . . . a brilliant satire on the foibles of mankind * Telegraph *
Scandi-crime's signature darkness is here dispelled by Allan Karlsson, the eponymous centenarian, who with unlikely sprightliness hops out of the window of his old people's home one afternoon. . . . Fast-moving and relentlessly sunny. . . . Like Allan, the plot is pleasingly nimble and the book's endearing charm offers a happy alternative to the more familiar Nordic noir * Guardian *
The anti Girl With the Dragon Tattoo. . . . Jonasson's lighthearted novel shows the softer side of Sweden. . . . hilarious * Marie Claire *
[A] silly and wonderful novel. [The scenes] will just keep readers amused almost non-stop, and that's a feat few writers achieve. A great cure for the blues, especially for anyone who might feel bad about growing older * Kirkus Reviews (starred review) *
[A] laugh-out-loud debut. . . . Historical figures like Mao's third wife, Vice President Truman, and Stalin appear, to great comic effect. Other characters-most notably Albert Einstein's hapless half-brother - are cleverly spun into the raucous yarn, and all help drive this gentle lampoon of procedurals and thrillers * Publishers Weekly (starred review) *
Eccentric, unusual and far-fetched in the best possible way * Bookseller *
This quirky novel is a sly, satirical look back at international relations in the 20th century through the eyes of an old man who has seen it all * Library Journal *

Jonas Jonasson was a journalist for the Expressen newspaper for many years. He became a media consultant and later on set up a company producing sports and events for Swedish television. He sold his company and moved abroad to work on his first novel. Jonasson now lives on the Swedish island Gotland in the Baltic Sea.

GOR007199772
The Hundred-Year-Old Man Who Climbed Out of the Window and Disappeared by Jonas Jonasson
Jonas Jonasson
Used - Good
Paperback
Little, Brown Book Group
2015-07-01
400
0349141800
9780349141800
N/A
Book picture is for illustrative purposes only, actual binding, cover or edition may vary.
This is a used book - there is no escaping the fact it has been read by someone else and it will show signs of wear and previous use. Overall we expect it to be in very good condition, but if you are not entirely satisfied please get in touch with us.