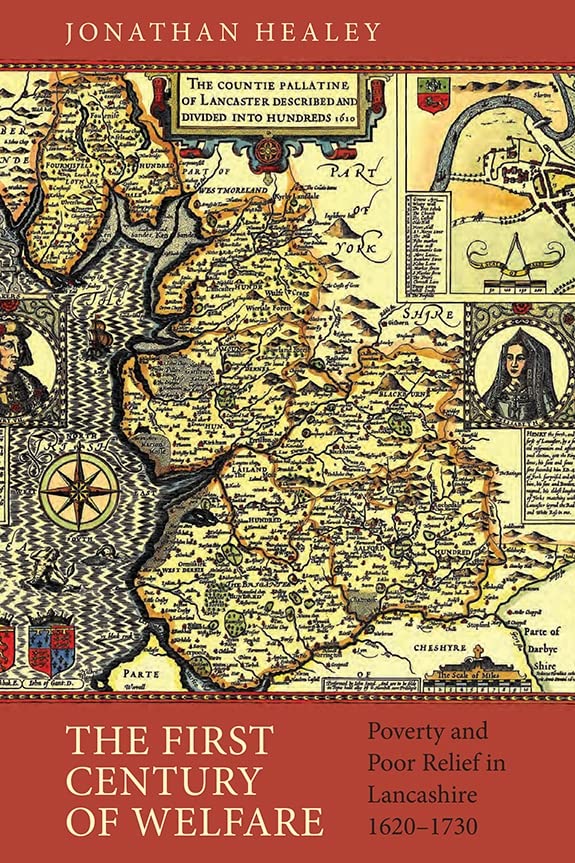 The First Century of Welfare - Poverty and Poor Relief in Lancashire, 1620-1730
by Jonathan Healey

In Stock
£19.99
The first major regional study of poverty and its relief in the seventeenth century: the first century of welfare.
New£19.99
5 in stock

The First Century of Welfare - Poverty and Poor Relief in Lancashire, 1620-1730 Summary

The First Century of Welfare - Poverty and Poor Relief in Lancashire, 1620-1730 by Jonathan Healey

The English 'Old Poor Law' was the first national system of tax-funded social welfare in the world. It provided a safety net for hundreds of thousands of paupers at a time of very limited national wealth and productivity. The First Century of Welfare, which focusses on the poor, but developing, county of Lancashire, provides the first major regional study of poverty and its relief in the seventeenth century. Drawing on thousands of individual petitions for poor relief, presented by paupers themselves to magistrates, it peers into the social and economic world of England's marginal people. Taken together, these records present a vivid and sobering picture of the daily lives and struggles of the poor. We can see how their family life, their relations with their kin and their neighbours, and the dictates of contemporary gender norms conditioned their lives. We can also see how they experienced illness and physical and mental disability; and the ways in which real people's lives could be devastated by dearth, trade depression, and the destruction of the Civil Wars. But the picture is not just one of poor folk tossed by the tides of fortune. It is also one of agency: about the strategies of economic survival the poor adopted, particularly in the context of a developing industrial economy, of the support they gained from their relatives and neighbours, and of their willingness to engage with England's developing system of social welfare to ensure that they and their families did not go hungry. In this book, an intensely human picture surfaces of what it was like to experience poverty at a time when the seeds of state social welfare were being planted.

JONATHAN HEALEY is University Lecturer in English Local and Social History and Fellow of Kellogg College, University of Oxford.

The First Century of Welfare - Poverty and Poor Relief in Lancashire, 1620-1730 Reviews

Makes a remarkable contribution to the study of crises and poverty.. [T]here is much food for thought and re-thinking here. NORTHERN HISTORY

A serious and scholarly book which contains much of interest. ARCHIVES & RECORDS

Represents a substantial contribution to our understanding of the complex relationship between regional economic and social systems, and relief legislation that aspired to be national in scope.... Provide[s] a fascinating, nuanced and highly original insight into the Old Poor Law within one of the most interesting and important English counties. ENGLISH HISTORICAL REVIEW

This is an extremely good book which heralds a welcome new examination of the poor law in this period. It will be of great interest to scholars interested in welfare and economic history, as well as this rich and previously untapped set of sources for the seventeenth century. ARCHIVES

The late Tudor Poor Laws had given England the world's first tax-based welfare system by the 1620s, and Healy (Oxford) skillfully describes the first century of its operation in Lancashire. Recommended. CHOICE