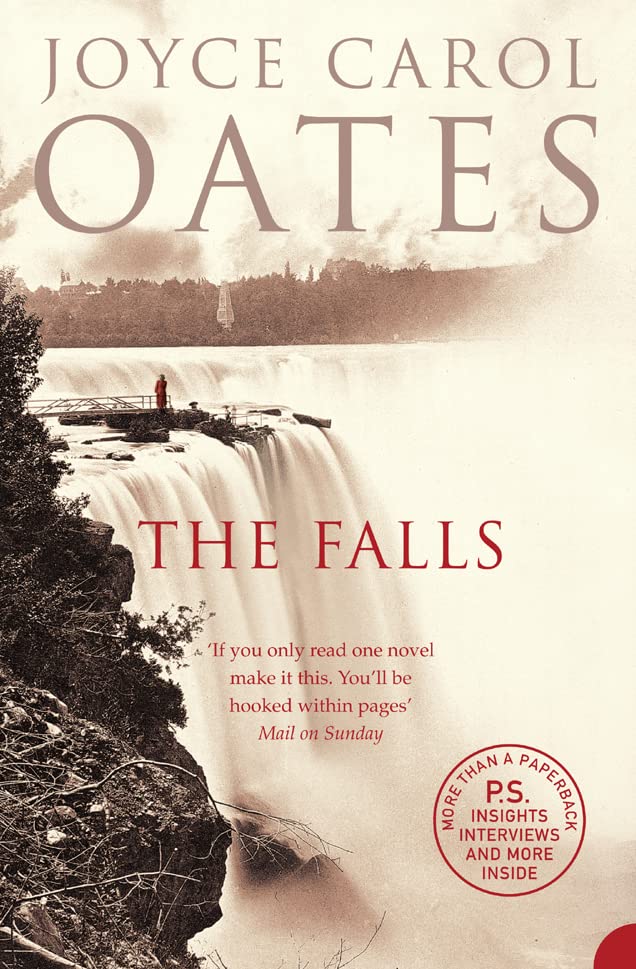 The Falls
by Joyce Carol Oates

A tale of murder, loss and romance in the mist of Niagara Falls: it is the crowning achievement of Joyce Carol Oates's career to date.

The Falls by Joyce Carol Oates

A tale of murder, loss and romance in the mist of Niagara Falls: it is the crowning achievement of Joyce Carol Oates's career to date.

A man climbs over the railings and plunges into Niagara Falls. He's a newly-wed, and his bride has been left behind in the honeymoon suite the morning after their wedding. For two weeks, Ariah, the deserted bride, waits by the side of the roaring waterfall for news of her husband's recovered body. During her vigil, an unlikely new love story begins to unfold when she meets a wealthy lawyer who is transfixed by her strange, otherworldly gaze. So it all begins, in the 1950s, with the dark foreboding of the Falls as the sinister background to the tragedy.

From this cataclysmic event unfurls a drama of parents and their children; of secrets and sins; of lawsuits, murder and, eventually redemption. As Ariah's children learn that their past is enmeshed with a hushed-up scandal involving radioactive waste materials, they must confront not only their personal history but America's murky past: the despoiling of the American landscape and the corruption and greed of the massive industrial expansion of the 1950s and 1960s.

This novel of tremendous sweep and pace is about the American family in crisis - but also about America itself in the mid-20th century. This book alone places Joyce Carol Oates definitively in the company of the Great American Novelists.

'Eminently readable and though full of heart is utterly heartbreaking.' Vogue

'If you only read one new novel this autumn, make it this... you'll be hooked within pages' Mail on Sunday

'...engaging...compelling...a flair for the minutiae of character...' Guardian

'The Falls is a swirling cataract of invention, and a mesmerising read.' Daily Telegraph

Joyce Carol Oates is a recipient of the National Book Award and the PEN/Malamud Award for Excellence in Short Fiction. She has written some of the most enduring fiction of our time, including We Were the Mulvaneys, which was an Oprah Book Club Choice, and Blonde, which was nominated for the National Book Award. She is the Roger S. Berlind Distinguished Professor of Humanities at Princeton University.

GOR000991682
The Falls by Joyce Carol Oates
Joyce Carol Oates
Used - Very Good
Paperback
HarperCollins Publishers
2005-07-04
512
0007196741
9780007196746
N/A
Book picture is for illustrative purposes only, actual binding, cover or edition may vary.
This is a used book - there is no escaping the fact it has been read by someone else and it will show signs of wear and previous use. Overall we expect it to be in very good condition, but if you are not entirely satisfied please get in touch with us.