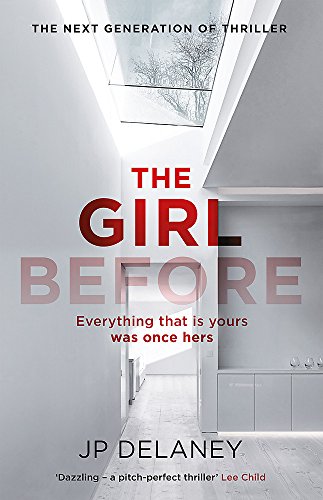 Fans can now read Believe Me, JP's second book and another classic from the master of psychological suspense.

GOR008082451
The Girl Before by JP Delaney
JP Delaney
Used - Very Good
Hardback
Quercus Publishing
2017-01-26
416
1786480298
9781786480293
N/A
Book picture is for illustrative purposes only, actual binding, cover or edition may vary.
The book has been read, but looks new. The book cover has no visible wear, and the dust jacket is included if applicable. No missing or damaged pages, no tears, possible very minimal creasing, no underlining or highlighting of text, and no writing in the margins.