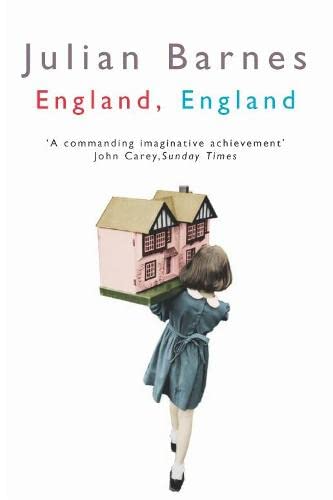 In Stock
£5.99
Julian Barnes's ferociously funny novel about England, about the idea of England and about the search for authenticity and truth amid the fabulation and bogusness that is 'England'. Shortlisted for the 1998 Booker Prize.
Very Good
Only 2 left

As every schoolboy knows, you can fit the whole of England on the Isle of Wight. In Julian Barnes's new novel, the grotesque, visionary tycoon Sir Jack Pitman takes the saying literally and does exactly that. He constructs on the island 'The Project', a vast heritage centre containing everything 'English', from Buck House to Stonehenge, from Manchester United to the White Cliffs of Dover. The project is monstrous, risky and vastly successful. Indeed it gradually begins to rival 'Old' England and threatens to supersede it.

'Both ambitious and serious -- real if you like. Dive at those dump-bins.' Andrew Marr, Observer

'There is no more intelligent writer on the literary scene. In this novel he is also moving. He has written nothing more poignant and enticing.' John Carey, Sunday Times

'The novel has memorable characters and sentences, but its main impact will be through its penetrating ideas.' John Lanchester, Daily Telegraph

GOR001196475
England England by Julian Barnes
Julian Barnes
Used - Very Good
Paperback
Pan Macmillan
1999-09-10
272
0330373447
9780330373449
Short-listed for WH Smith Literary Prize 1999 Short-listed for Booker Prize for Fiction 1998
Book picture is for illustrative purposes only, actual binding, cover or edition may vary.
This is a used book - there is no escaping the fact it has been read by someone else and it will show signs of wear and previous use. Overall we expect it to be in very good condition, but if you are not entirely satisfied please get in touch with us.