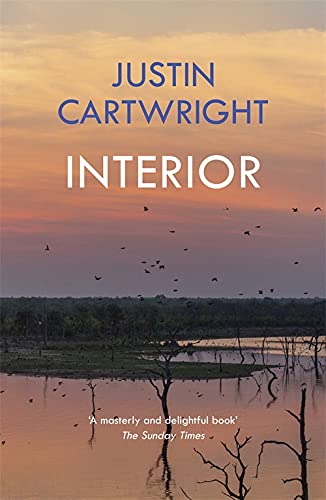 In Stock
£6.99
A journalist and film-maker investigates the disappearance of his father in Africa in 1959
Very Good Good
Only 3 left

'Dodging the vested interests of the Ngwenya clan, his wayward wife Magdan and the colonial dinosaur Jumbo Munroe, the narrator embarks on a quasi-biblical quest that owes more to Waugh and Ballard than Rider Haggard, a tale that hits the ground running and continues at a vigorous pace. This is one of the shrewdest and most diverting novels about Africa one could hope to read.' DAILY TELEGRAPH

The Narrator of this immaculately written book is a journalist and film-maker investigating the disappearance of his father in Africa in 1959 while on a trip for National Geographic in the company of the lovestruck Mrs de Luth. Certain of the locals belief he is still alive somewhere in the mountainous interior, having been adopted by the Ofreo tribe, a strange and venerable caste of master-craftsmen

Born in South Africa, Justin Cartwright lived in Britain after studying at Trinity College, Oxford. He worked in advertising and directed documentaries, films and television commercials, and wrote seventeen novels. They include the Booker-shortlisted In Every Face I Meet, the Whitbread Novel Award-winner Leaping the Cheers, the acclaimed White Lightning, shortlisted for the 2002 Whitbread Novel Award, The Promise of Happiness, winner of the 2005 Hawthornden Prize, The Song Before It Is Sung, To Heaven By Water, Other People's Money, Lion Heart and Up Against the Night. His novel Look At It This Way was made into a three-part drama by the BBC in 1992, and he also published three works of non-fiction. He died in December 2018.

GOR001047872
Interior by Justin Cartwright
Justin Cartwright
Used - Very Good
Paperback
Hodder & Stoughton General Division
2000-07-20
256
0340767618
9780340767610
N/A
Book picture is for illustrative purposes only, actual binding, cover or edition may vary.
This is a used book - there is no escaping the fact it has been read by someone else and it will show signs of wear and previous use. Overall we expect it to be in very good condition, but if you are not entirely satisfied please get in touch with us.