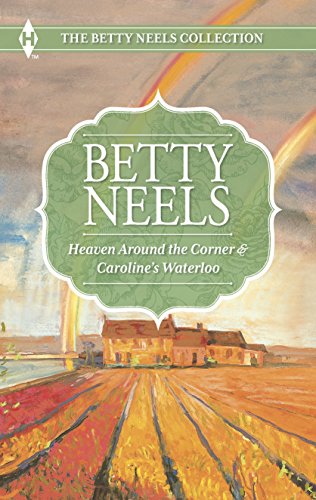 Heaven Around the Corner

After completing her training, Louisa Evans finds what sounds like a challenging nursing job--in Norway! From the start she enjoys her job, even though her patient, Claudia Savage, causes a few problems. Of course, the situation isn't helped by the cold, uncooperative attitude of Claudia's brother Simon. Louisa can't understand why he's so disagreeable...

Caroline Tripp never imagined that anyone would want to marry her. Then the imposing Professor Radinck Thoe van Erckelens proposes. However, Radinck is clear about what he wants in a wife--a convenient hostess! Caroline could settle into that role. Or she could rise to the challenge of changing Radinck's feelings for her.

Justine Davis lives on Puget Sound in Washington State, watching big ships and the occasional submarine go by, and sharing the neighborhood with assorted wildlife, including a pair of bald eagles, deer, a bear or two, and a tailless raccoon. In the few hours when she's not planning, plotting, or writing her next book, her favorite things are photography, knitting her way through a huge yarn stash, and driving her restored 1967 Corvette roadster-top down, of course. Movies fascinated Beverly Barton from an early age, and by the time she was seven she was rewriting the movies she saw to give them all happy endings. After her marriage and the births of her children, Beverly continued to be a voracious reader and a devoted movie goer, but she put her writing aspirations on hold. Now, after writing over 70 books, receiving numerous awards and becoming a New York Times bestselling author, Beverly's career became her dream come true.

GOR001146463
Midnight Seduction: Midnight Seduction (Redstone, Incorporated) / Keeping Baby Secret (The Protectors (Intimate Moments)) by Justine Davis
Justine Davis
Used - Good
Paperback
HarperCollins Publishers
2004-11-19
384
0373601107
9780373601103
N/A
Book picture is for illustrative purposes only, actual binding, cover or edition may vary.
The book has been read but remains in clean condition. All pages are intact and the cover is intact. Some minor wear to the spine.