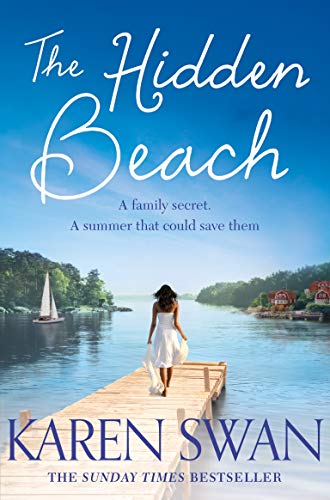 The Hidden Beach
by Karen Swan

In Stock
£8.99
From the internationally bestselling author Karen Swan comes an escapist, sweeping novel full of twists and turns, heartbreak and romance
New£8.99
Only 4 left

The Hidden Beach by Karen Swan

From internationally bestselling author Karen Swan comes The Hidden Beach, an addictive story of heartbreak, loyalty and hope, set in the historic city of Stockholm and along the beautiful archipelagos of the Swedish coast.

In the oldest part of Stockholm, Bell Everhurst is working as a nanny for an affluent family. Hanna and Max Mogert are parents to 7 year-old Linus, and 5-year old twins Ellinor and Tilde, and Bell has been with the family for over two years.

One early Spring morning, as she's rushing out to take the children to school, she answers the phone - and everything changes. A woman from a clinic she's never heard of asks her to pass on the message that Hanna's husband is awake.

Bell is confused. She clearly just saw Max walking out of the house a few minutes earlier, but the woman mentioned Hanna by name . . .

When she gets hold of her employer, the truth is revealed: Hanna's first husband fell into a coma seven years earlier, following an accident. But now he's awake. And life is going to change for them all.

Karen Swan began her career in fashion journalism before giving it all up to raise her three children and a puppy, and to pursue her ambition of becoming a writer. Her bestselling novels include the summer romances The Rome Affair, The Greek Escape and The Spanish Promise. She lives in the forest in Sussex with her family.