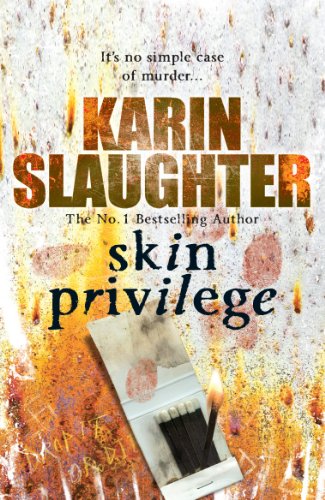 Used Price
£5.19
New RRP £8.99
Free Shipping in the UK
Lena Adams has spent her life struggling to forget her childhood in Reece, the small town which nearly destroyed her. She's made a new life for herself as a police detective in Heartsdale, a hundred miles away - but nothing could prepare her for the violence which explodes when she is forced to return.
Reviews:
Trustpilot
Very Good Well Read

Lena Adams has spent her life struggling to forget her childhood in Reece, the small town which nearly destroyed her. She's made a new life for herself as a police detective in Heartsdale, a hundred miles away - but nothing could prepare her for the violence which explodes when she is forced to return. A vicious murder leaves a young woman incinerated beyond recognition. And Lena is the only suspect.

When Heartsdale police chief Jeffrey Tolliver, Lena's boss, receives word that his detective has been arrested, he has no choice but to go to Lena's aid - taking with him his wife, medical examiner Sara Linton. But soon after their arrival, a second victim is found. The town closes ranks. And both Jeffrey and Sara find themselves entangled in a horrifying underground world of bigotry and rage - a violent world which shocks even them. But can they discover the truth before the killer strikes again?
_________________________________________
Crime and thriller masters know there's nothing better than a little Slaughter:

'I'd follow her anywhere' GILLIAN FLYNN
'One of the boldest thriller writers working today' TESS GERRITSEN
'Her characters, plot, and pacing are unrivalled' MICHAEL CONNELLY
'Passion, intensity, and humanity' LEE CHILD
'A writer of extraordinary talents' KATHY REICHS
'Fiction doesn't get any better than this' JEFFERY DEAVER
'A great writer at the peak of her powers' PETER JAMES
'Raw, powerful and utterly gripping' KATHRYN STOCKETT
'With heart and skill Karin Slaughter keeps you hooked from the first page until the last' CAMILLA LACKBERG
'Amongst the world's greatest and finest crime writers' YRSA SIGURDARDOTTIR

Karin Slaughter grew up in a small south Georgia town and has been writing short stories and novels since she was a child. She is the author of the international bestselling Grant County and Will Trent novels and the novella Martin Misunderstood. She is also the editor of and contributor to Like A Charm, a collaboration of British and American crime fiction writers. She lives in Atlanta.

To find out more visit www.karinslaughter.com

GOR003650950
Skin Privilege: (Grant County series 6) by Karin Slaughter
Karin Slaughter
Grant County
Used - Very Good
Paperback
Cornerstone
2011-06-23
560
0099553120
9780099553120
N/A
Book picture is for illustrative purposes only, actual binding, cover or edition may vary.
This is a used book - there is no escaping the fact it has been read by someone else and it will show signs of wear and previous use. Overall we expect it to be in very good condition, but if you are not entirely satisfied please get in touch with us.