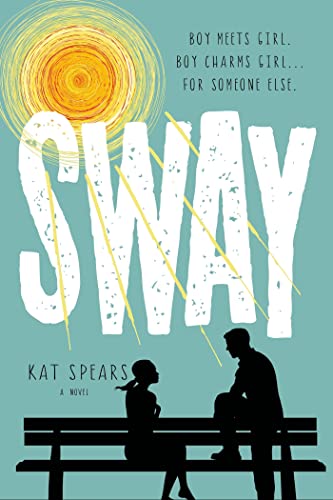 In Stock
£6.49
In Kat Spears' hilarious debut, high school senior Jesse Alderman or "Sway," as he's known, could sell hell to a bishop. He also specialises in getting things people want, term papers, a date with the prom queen, fake lDs. He has few close friends and he never lets emotions get in the way. For Jesse, life is a series of business transactions.
Very Good
Only 1 left

In Kat Spears' hilarious and often poignant debut, high school senior Jesse Alderman or "Sway," as he's known, could sell hell to a bishop. He also specialises in getting things people want, term papers, a date with the prom queen, fake lDs. He has few close friends and he never lets emotions get in the way. For Jesse, life is simply a series of business transactions. But when Ken Foster, football team captain, homecoming king candidate and all-around jerk, hires Jesse to help him win the heart of the angelic Bridget Smalley, Jesse finds himself feeling all sorts of things. While following Bridget and learning the intimate details of her life, he falls helplessly in love. He also finds himself in an accidental friendship with Bridget's belligerent and self-pitying younger brother who has cerebral palsy. Suddenly, Jesse is visiting old folks at a nursing home in order to run into Bridget and offering his time to help the less fortunate, all the while developing a bond with this young man who idolises him. Could the tin man really have a heart after all? A Cyrano de Bergerac story with a modern twist, Sway is told from Jesse's point of view with unapologetic truth and biting humor, his observations about the world around him untempered by empathy or compassion, until Bridget's presence in his life forces him to confront his quiet devastation over a life-changing event a year earlier and maybe, just maybe, feel something again.

"Kat Spears debut novel is, quite simply, a delight. It has all the ingredients for an engaging and witty read, laced with honesty and insight that's refreshingly real...the story is gritty and real, unafraid to cross over into the darker sides of teenage life, and unapologetic in its witty and honest portrayal. If anything, Kat Spears may just be the one with some very valuable sway; get ready to be sold." --Children's Book Review

"A page turner about high school's victims and villains -- and about layers of callousness that spring from true grief. " --Meg Medina, Pura Belpre award-winning author of Yaqui Delgado Wants to Kick Your Ass

"[The] characters are fantastic and real, but that plot? The licks and riffs that led to Jesse's transformation totally blew me away, every damn page." --Gigi Amateau, author of Come August, Come Freedom: The Bellows, The Gallows, and The Black General Gabriel

Kat Spears has worked as a bartender, museum director, housekeeper, park ranger, business manager, and painter (not the artistic kind). She holds an M.A. in anthropology, which has helped to advance her bartending career. She lives in Richmond, Virginia with her three freeloading kids. Sway is her debut novel.

GOR009962154
Sway by Kat Spears
Kat Spears
Used - Very Good
Paperback
Griffin Publishing
2015-09-21
320
1250051428
9781250051424
N/A
Book picture is for illustrative purposes only, actual binding, cover or edition may vary.
This is a used book - there is no escaping the fact it has been read by someone else and it will show signs of wear and previous use. Overall we expect it to be in very good condition, but if you are not entirely satisfied please get in touch with us.