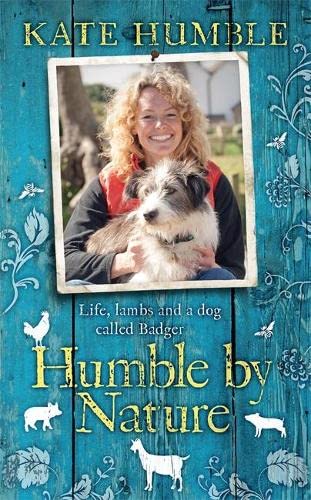 Humble by Nature
by Kate Humble

In Stock
£3.99
The first solo book from one of Britain's best loved TV presenters.
Very Good Good
8 in stock

Humble by Nature by Kate Humble

In 2007, after twenty years of living in London, Kate Humble and her husband Ludo decided it was time to leave city life behind them. Three years later, now the owner of a Welsh smallholding, Kate hears that a nearby farm is to be broken up and sold off. Another farm lost; another opportunity for a young farmless farmer gone. Desperate to stop the sale, Kate contacts the council with an alternative plan - to keep the farm working and to run a rural skills and animal husbandry school alongside it. Against all odds, she succeeds.

Here, in Humble By Nature, Kate shares with us a highly personal account of her journey from London town house to Welsh farm. Along the way we meet Bertie and Lawrence the donkeys, Myfanwy and Blackberry the pigs and goats Biscuit and Honey, not forgetting a dog called Badger and his unladylike sidekick Bella. And we are introduced to the tenant farmers Tim and Sarah, the locals who helped and some who didn't, and a whole host of newborn lambs.

Full of the warmth and passion for the natural world that makes Kate such a sought after presenter, Humble By Nature is the story of two people prepared to follow their hearts and save a small part of Britain's farming heritage, whatever the consequences.

KATE HUMBLE is a writer and presenter. Her most recent television credits include Volcano Live, Orbit: Earth's Extraordinary Journey, Lambing Live and the long running popular wildlife series Springwatch and Autumnwatch. She is a qualified commercial diver and is the second woman to be appointed President of the RSPB.

Kate and Ludo launched their business Humble By Nature in 2012. Based on a working farm in Monmouthshire, they run courses in food, rural skills and animal husbandry. They live nearby on their smallholding with Badger and Bella, a hive of bees and various other hoofed, furred and feathered livestock.

GOR004719516
Humble by Nature by Kate Humble
Kate Humble
Used - Very Good
Hardback
Headline Publishing Group
2013-04-10
288
0755364244
9780755364244
N/A
Book picture is for illustrative purposes only, actual binding, cover or edition may vary.
This is a used book - there is no escaping the fact it has been read by someone else and it will show signs of wear and previous use. Overall we expect it to be in very good condition, but if you are not entirely satisfied please get in touch with us.