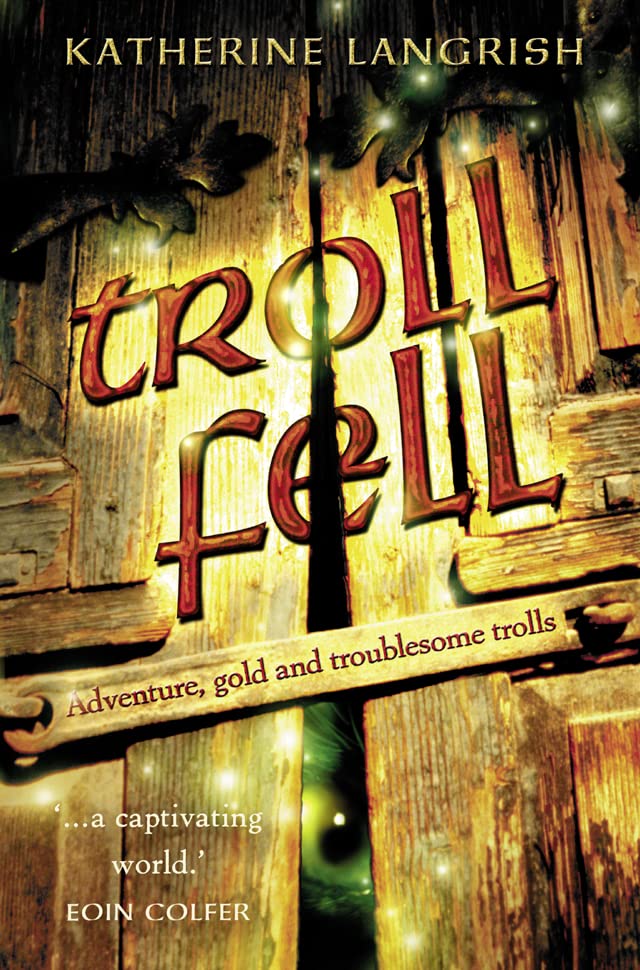 Bearing all the markings of a truely classic novel, Troll Fell, is an exciting adventure-filled tale of Peer, his evil uncles, treasure and wicked trolls.

Bearing all the markings of a truely classic novel, Troll Fell, is an exciting adventure-filled tale of Peer, his evil uncles, treasure and wicked trolls.

Peer Ulfsson stood miserably at his father's funeral pyre, watching the sparks whirl up like millions of shining spirits streaking away into the dark.

But someone else is also at the funeral. Peer's half-uncle, Baldur Grimsson. Peer watches helplessly as Uncle Baldur sells his father's property and pockets the money. Peer is then forced to move away from the world he knows in Hammerhaven, and live with his two half-uncles at their mill near Troll Fell. Peer hopes his other uncle will be more welcoming and less ferocious than Baldur, but Baldur is an identical twin, and Grim Grimsson is just as mean-spirited and greedy as his brother.

Peer lives a life of servitude, with only the company of his faithful dog, Loki, until he meets spirited Hilde, whose family farm on Troll Fell, and Nis, his uncles' house spirit. Between them, they must foil a plot by the Grimsson brothers to sell one boy and one girl to the trolls who live on Troll Fell. But the Grimssons want riches, and they will do anything to get them. And as everyone knows, trolls are rich... but they are also cunning.

"In Troll Fell Katherine Langrish has unearthed a captivating world. Bleak and captivating. Her style is quirky and hypnotic and her characters are instantly recognizable as someone you know, or someone you wish you didn't." Eoin Colfer

"Troll Fell is a joy... a marvellous, magical adventure..." Amanda Craig, The Times

"The style is enthralling, and the adventure persuasive and gripping. A juicy read for children." Independent on Sunday

"From the opening page... Langrish's power to locate her story in the reader's imagination is reminiscent of Alan Garner." Sunday Telegraph

Katherine Langrish grew up in Yorkshire, studied English at university and has always enjoyed writing and telling stories. Married with two daughters, Katherine lived in France near the edge of the Forest of Fontainebleau, where she ran a storytelling group for children. She has also lived in New York State, near the Finger Lakes, said by Native American legends to be the hand-print of the Great Spirit. Katherine currently lives in Oxfordshire and is enjoying her life as a full-time author.

GOR001148934
Troll Fell by Katherine Langrish
Katherine Langrish
Used - Very Good
Paperback
HarperCollins Publishers
2005-07-04
336
0007170726
9780007170722
N/A
Book picture is for illustrative purposes only, actual binding, cover or edition may vary.
This is a used book - there is no escaping the fact it has been read by someone else and it will show signs of wear and previous use. Overall we expect it to be in very good condition, but if you are not entirely satisfied please get in touch with us.