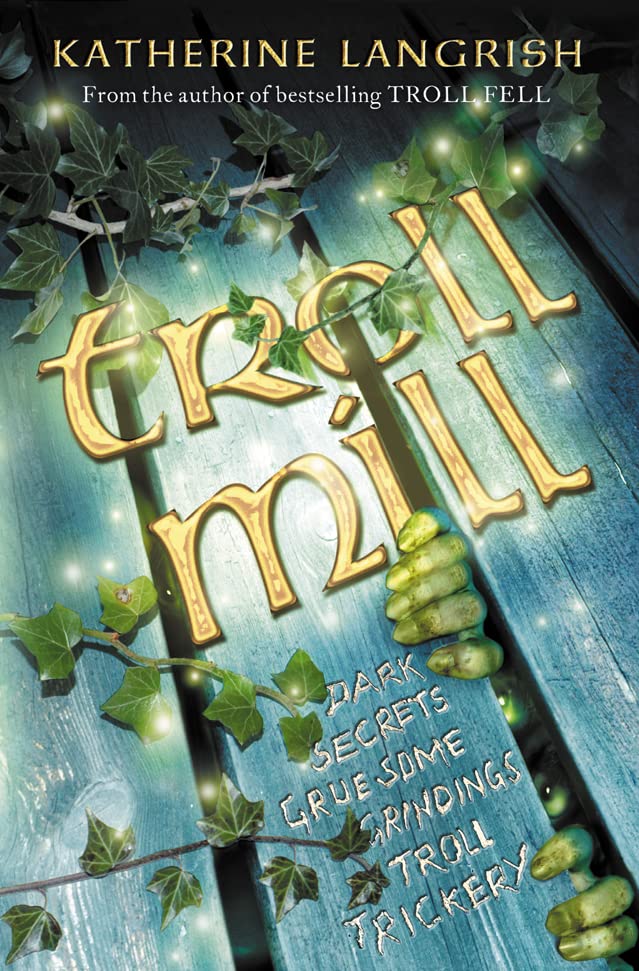 Sequel to the highly-acclaimed Troll Fell, this is just as exciting, dramatic and atmospheric. But watch out! You never know what sneaky creatures are lurking in the shadows of Troll Mill, waiting to jump out at you...

Sequel to the highly-acclaimed Troll Fell, this is just as exciting, dramatic and atmospheric. But watch out! You never know what sneaky creatures are lurking in the shadows of Troll Mill, waiting to jump out at you...

"With a piercing squeal - with an anguished wooden groan - with a roar of muffled waters - Troll Mill woke from its sleep..."

For three years Troll Mill has stood empty, and Peer Ulfsson has found a home with his friend Hilde. But in the shadows of eerie Troll Fell, surrounded by sly and mischievous creatures, life doesn't remain peaceful for long...

Returning from a hard day's fishing, and with a violent storm brewing, Peer watches horror-struck as his friend Kersten rushes to the shore - thrusting her young baby into his arms - and throws herself into the sea. Struggling home with the baby, Peer passes the old mill, once owned by his wicked uncles, and sees the millwheel turning! But it has been derelict for years... Who or what could be lurking in the shadows?

"Despite the high drama of Troll Mill, it is moments of comedy which will make children rock with delight and long for the further adventures of Peer." Amanda Craig, The Times

"In Troll Fell Katherine Langrish has unearthed a captivating world. Bleak and captivating. Her style is quirky and hypnotic and her characters are instantly recognizable as someone you know, or someone you wish you didn't." Eoin Colfer

"Troll Fell is a joy... a marvellous, magical adventure..." Amanda Craig, The Times

"The style is enthralling, and the adventure persuasive and gripping. A juicy read for children." Independent on Sunday

"From the opening page... Langrish's power to locate her story in the reader's imagination is reminiscent of Alan Garner." Sunday Telegraph

Katherine Langrish grew up in Yorkshire, studied English at university and has always enjoyed writing and telling stories. Married with two daughters, Katherine lived in France near the edge of the Forest of Fontainebleau, where she ran a storytelling group for children. She has also lived in New York State, near the Finger Lakes, said by Native American legends to be the hand-print of the Great Spirit. Katherine currently lives in Oxfordshire and is enjoying her life as a full-time author.

GOR001130009
Troll Mill by Katherine Langrish
Katherine Langrish
Used - Very Good
Paperback
HarperCollins Publishers
2006-10-02
336
0007170750
9780007170753
N/A
Book picture is for illustrative purposes only, actual binding, cover or edition may vary.
This is a used book - there is no escaping the fact it has been read by someone else and it will show signs of wear and previous use. Overall we expect it to be in very good condition, but if you are not entirely satisfied please get in touch with us.