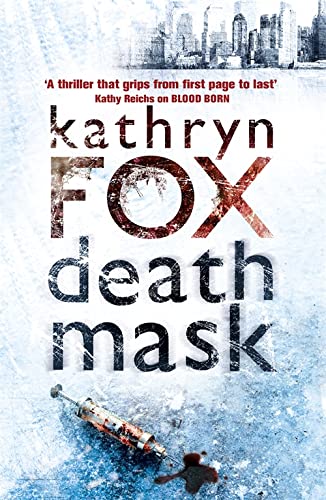 In Stock
£15.99
'Kathryn Fox has created a forensic physician who readers of Patricia Cornwell will adore.' James Patterson
Very Good
Only 1 left

When the victim of a violent gang rape accuses five premier sportsmen of being her attackers, she has no idea that her suffering has only just begun . . .

It's a scandal that rocks a nation of sports fans.
But, in spite of a huge amount of evidence, no one seems to believe her.

So when Dr Anya Crichton, a forensic expert in sexual assault, is asked to become involved by the team managers, she knows she can't say no.

But as she investigates further, Anya realises that the scandals, violence and abuses run much deeper, and much further into the past than she could ever have imagined.

And it's down to her to find out exactly who's responsible. Before it happens again.

A fascinating novel about the real-life problem of leading sportsmen and sexual violence * Sunday Times *
Will keep you gripped from start to finish...break-neck plots...fascinating medical and police procedural details . . . What a compelling new talent! * Jeffery Deaver *
'Fox is stomach-churningly good' * Mail on Sunday *
'Patricia Cornwell's forensic fantasies may have cooled, but Fox's morgue-talk promises to plug the gap.' * Independent *
An irresistible page-turner * Scotsman on SKIN AND BONE *
'Crichton investigates with enthusiasm mixed with fear. The climax is shocking and chilling.' * Marcel Berlins, The Times *
Like Fox, her creator, Anya Crichton is a force of nature. BLOOD BORN is a medical thriller that grips from first page to last. * Kathy Reichs *
Voice, pace, suspense and detail - BLOOD BORN has it all. * Lee Child *
Comparisons with Patricia Cornwell and Kathy Reichs are inevitable... Fox holds her own, if not more, against the other two * The Times *

Kathyrn Fox is a general practitioner with a special interest in forensic medicine. She lives in Sydney where she also works as a freelance medical journalist, having written regularly for publications including Australian Doctor, CLEO magazine and the Sun-Herald.

GOR002798155
Death Mask by Kathryn Fox
Kathryn Fox
Used - Very Good
Paperback
Hodder & Stoughton General Division
2011-03-31
384
0340919078
9780340919071
N/A
Book picture is for illustrative purposes only, actual binding, cover or edition may vary.
This is a used book - there is no escaping the fact it has been read by someone else and it will show signs of wear and previous use. Overall we expect it to be in very good condition, but if you are not entirely satisfied please get in touch with us.