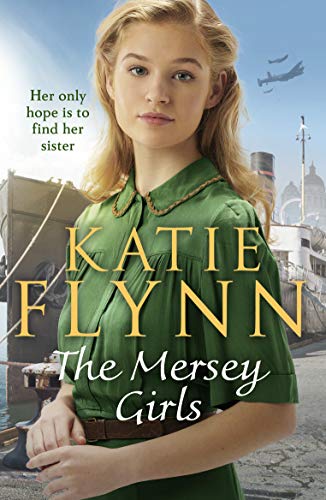 The Mersey Girls
by Katie Flynn

FROM SUNDAY TIMES BESTSELLING AUTHOR KATIE FLYNN: Set in Liverpool in the 1920s, The Mersey Girls is a heartwarming novel of family, love and triumph against the odds.

The Mersey Girls by Katie Flynn

Seventeen-year-old Evie Murphy has chosen to leave behind her native Ireland for the city of Liverpool. She takes her baby daughter Linnet with her, but leaves behind her child's frail twin, Lucy. A decision that will change their lives for ever.

When tragedy strikes, Linnet is left destitute and alone, disappearing into the unforgiving Liverpool slums. Meanwhile, Lucy is desperate to find her sister but is she willing to leave behind the beautiful Irish countryside where she has grown up.

With uncertain times ahead, will the sisters ever be reunited . . . ?

Katie Flynn is the pen name of the much-loved writer, Judy Turner, who published over ninety novels in her lifetime. Judy's unique stories were inspired by hearing family recollections of life in Liverpool during the early twentieth century, and her books went on to sell more than eight million copies. Judy passed away in January 2019, aged 82.

The legacy of Katie Flynn lives on through her daughter, Holly Flynn, who continues to write under the Katie Flynn name. Holly worked as an assistant to her mother for many years and together they co-authored a number of Katie Flynn novels, including Christmas at Tuppenny Corner.

Holly lives in the north east of Wales with her husband Simon and their two children. When she's not writing she enjoys walking her two lurchers, Sparky and Snoopy, in the surrounding countryside, and cooking forbidden foods such as pies, cakes and puddings! She looks forward to sharing many more Katie Flynn stories, which she and her mother devised together, with readers in the years to come.

GOR010575296
The Mersey Girls by Katie Flynn
Katie Flynn
Used - Very Good
Paperback
Cornerstone
2020-06-11
416
1787463990
9781787463998
N/A
Book picture is for illustrative purposes only, actual binding, cover or edition may vary.
The book has been read, but looks new. The book cover has no visible wear, and the dust jacket is included if applicable. No missing or damaged pages, no tears, possible very minimal creasing, no underlining or highlighting of text, and no writing in the margins.