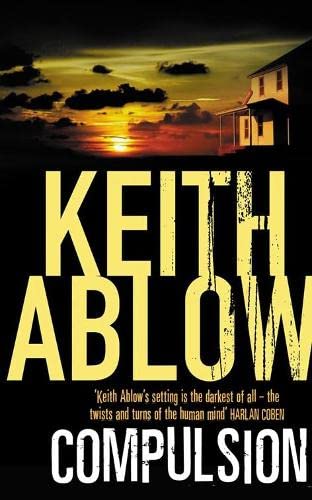 Burdened by his own psychological scars, forensic psychiatrist Dr Frank Clevenger has endured the most extreme twists of the human mind. Then he receives a disturbing call from Nantucket's chief of police. The five-month-old daughter of prominent billionaire Darwin Bishop has been found murdered in her crib.

The obvious suspect is Darwin's adopted sociopathic son, Billy. But even Clevenger can't fathom the motive behind the troubled boy's murder of an infant. What is Billy really running from? Does Darwin's stunning wife Julia know? If she does, she isn't talking. Neither is Bishop's other son who's harbouring terrible secrets of his own. Falling for Julia is Clevenger's first mistake. Investigating the Bishops' twisted emotional landscape is his second. As his own demons rise to the surface, he must play the ultimate mind game to catch the killer - and make it out alive...

Keith Ablow, like his protagonist, is a forensic psychiatrist who has testified as an expert in some of the most highly publicized criminal cases in the US. He has written four other Frank Clevenger novels, Denial, Projection, Psychopath, and Murder Suicide . He lives in Massachusetts.

GOR000799783
Compulsion by Keith Ablow
Keith Ablow
Used - Very Good
Paperback
Pan Macmillan
2006-06-02
384
0330435183
9780330435185
N/A
Book picture is for illustrative purposes only, actual binding, cover or edition may vary.
This is a used book - there is no escaping the fact it has been read by someone else and it will show signs of wear and previous use. Overall we expect it to be in very good condition, but if you are not entirely satisfied please get in touch with us.