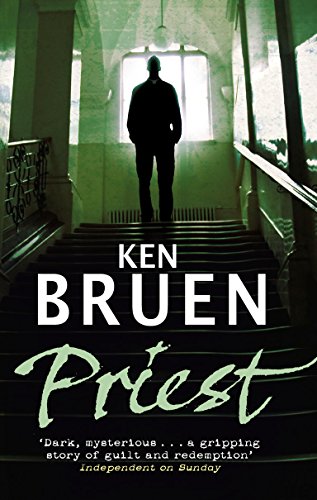 In Stock
£12.99
Ireland, awash in cash and greed, no longer turns to the Church for solace or comfort. But a new job offers a fresh start, and an unexpected partnership makes him hope that his one desperate vision - of family - might yet be fulfilled.
Very Good Good Well Read
5 in stock

Ireland, awash in cash and greed, no longer turns to the Church for solace or comfort. But the decapitation of Father Joyce in a Galway church horrifies even the most jaded citizen. Jack Taylor, devastated by the recent trauma of personal loss, has always believed himself to be beyond salvation. But a new job offers a fresh start, and an unexpected partnership makes him hope that his one desperate vision - of family - might yet be fulfilled. An eerie mix of exorcism, a predatory stalker, and an unlikely attraction conspires to lure him into a murderous web of dark conspiracies. The spectre of a child haunts every waking moment. Bleak, unsettling and totally original, Ken Bruen's writing captures the brooding landscape of Irish society at a time of social and economic upheaval. Here is evidence of an unmistakeable literary talent.

"Ken Bruen is finally getting his due...Priest is grimy, brooding, pawkily funny and wholly original. Great." * The Observer *
"Ken Bruen's novel takes us down some dark and mysterious roads where Irish angst meets 21st-century reality in a gripping story of guilt and redemption." * Independent on Sunday *
"Bruen writes tight, urgent, powerful prose, his dialogue is harsh and authentic and Jack Taylor has become one of today's most interesting shamuses." * The Times *
"Priest is hardboiled in the best way, unforgiving and unforgettable." * Sunday Tribune *
"Grim and elegiac by turns, Bruen is a distinctive talent who has integrated his inner fury and American noir influences to establish a powerful, original and controversial presence." * Guardian *

Ken Bruen was born in Galway. Having spent 25 years as an English teacher in Africa, Japan, South East Asia and South America, he now lives in Galway city with his wife and daughter. Ken Bruen's earlier Jack Taylor novels are published by Brandon Press in Ireland.

GOR001013232
Priest by Ken Bruen
Ken Bruen
Used - Very Good
Paperback
Transworld Publishers Ltd
2007-04-02
368
0552153435
9780552153430
N/A
Book picture is for illustrative purposes only, actual binding, cover or edition may vary.
This is a used book - there is no escaping the fact it has been read by someone else and it will show signs of wear and previous use. Overall we expect it to be in very good condition, but if you are not entirely satisfied please get in touch with us.