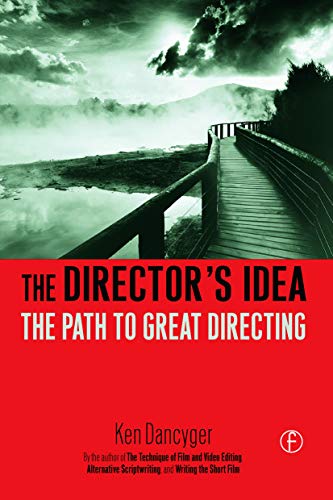 In Stock
£5.49
As a director, you must have a concept - a director's idea, to shape your approach to the actors, the camera, and the script. Using case studies of directors as examples, this book is aimed at providing the theory and the practice to help directors improve their work. It stands as a blend of theory and practice.
Very Good
Only 3 left

As a director, you must have a concept, a "director's idea", to shape your approach to the actors, the camera, and the script. With this clear idea your film will be deeper and more effective, and you will be able to differentiate--and therefore make the choice--between competent directing and great directing. Using case studies of famous directors as real-world examples of "director's ideas", the author has provided the theory and the practice to help directors immediately improve their work.

"The Director's Idea explains in precise language how cinematography influences every aspect of story-telling and character portrayal in a film--it will certainly help young directors understand the importance of making critical choices along the way. It is especially useful to talk about camerawork in the context of a book about directing--linking the technical and creative aspects is the key to great film-making."
--Michael Ballhaus, Cinematographer, THE GANGS OF NEW YORK and WORKING GIRL

"Ken Dancyger interprets my films accurately, intelligently, but most importantly for me, with a great deal of heart. He allows himself to be gripped by a character, to be moved by a powerful performance, and that is why he so clearly understands the priority of emotion in my films, that the personal journey defines the political story, and not the other way around. The beauty of Dancyger's book about directing is that he writes simultaneously as an impressive intellectual and as a lover of cinema. That is rare and refreshing"
--Margarethe Von Trotta, Director, ROSENSTRASSE and MARIANNE AND JULIANNE

"This book takes a scholarly look at moviemaking...but creates a keen appreciation of the art as a result." - What Digital Camcorder

"The idea behind the book is that each director's unique vision begins with an idea, a unifying principle that will carry through every decision in all of his or her films." - Back Stage West, June 22, 2006

"This book is a compendium of information about directing and what makes a good (or great) director. What kept us reading was the author's use of well-known films and directors to illustrate and complement the concepts he presents in the book." -Camcorder & Computer Video