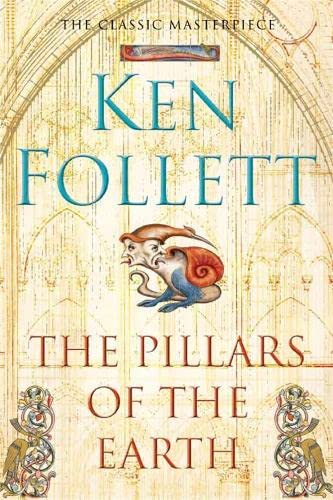 The Pillars of the Earth
by Ken Follett

The Pillars of the Earth Summary

The Pillars of the Earth by Ken Follett

The Pillars of the Earth tells the story of Philip, prior of Kingsbridge, a devout and resourceful monk driven to build the greatest Gothic cathedral the world has known . . . of Tom, the mason who becomes his architect - a man divided in his soul . . . of the beautiful, elusive Lady Aliena, haunted by a secret shame . . . and of a struggle between good and evil that will turn church against state, and brother against brother.

A spellbinding epic tale of ambition, anarchy, and absolute power set against the sprawling medieval canvas of twelfth-century England, this is Ken Follett's historical masterpiece.

'Enormous and brilliant . . . this mammoth tale seems to touch all human emotion - love and hate, loyalty and treachery, hope and despair. This is truly a novel to get lost in'

'A historical saga of such breadth and density . . . Follett succeeds brilliantly in combining hugeness and detail to create a novel imbued with the rawness, violence and blind faith of the era'

The Pillars of the Earth Reviews

"'A historical saga of such breadth and density... Follett succeeds brilliantly in combining hugeness and detail to create a novel imbued with the rewness, violence and blind faith of the era' Sunday Express"

GOR001178654
The Pillars of the Earth by Ken Follett
Ken Follett
Used - Very Good
Paperback
Pan Macmillan
2007-04-06
1104
0330450131
9780330450133
N/A
Book picture is for illustrative purposes only, actual binding, cover or edition may vary.
This is a used book - there is no escaping the fact it has been read by someone else and it will show signs of wear and previous use. Overall we expect it to be in very good condition, but if you are not entirely satisfied please get in touch with us.