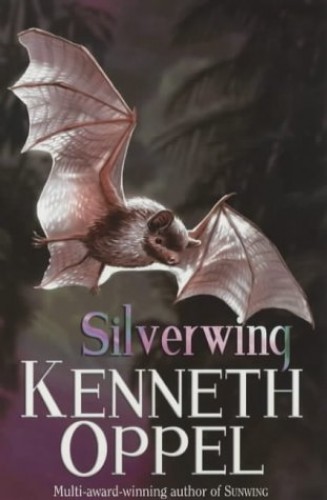 In Stock
£1.99
The first novel in the award-winning, bestselling Silverwing saga. An epic and dangerous journey deep into the fascinating kingdom of bats - it's up to Shade, the runt of the newborns, to save his colony ...
Very Good
Only 2 left

Shade, a young Silverwing bat, has always been the runt of the litter. When he sets off on the long and dangerous winter migration to Hibernaculum, millions of wingbeats to the south, it is his chance to prove himself.He strays and is swept away from his family and friends.

He knows he must rejoin his colony so starts an epic journey - from pigeon stronghold to the rat kingdom underground. Marina, a friendly Brightwing join him on his journey, but where will their journey end?

SILVERWING is top-notch fantasy adventure writing. Go for it. * Daily Telegraph *
cracking stories, brimming with adventure, redolent of great mythical sagas of the past, alive with invention, thoughtful - at times profound and probing - and never faltering when it comes to thrills and page-turning power. * Carousel *
Fast faced, cliff-hanging action . . . Recommend this one. * School Library Journal *
Totally compelling . . . an excellent adventure story. * The Scotsman *
Oppel's achievement is to have created much more than an action adventure involving bats. This first powerful novel successfully creates a new fantasy world. * Literary Review *
A JONATHAN LIVINGSTONE SEAGULL of the bat community . . . this epic journey is gripping, and details of bat life are inventively and convincingly imagined. * Publisher's Weekly *
FIREWING: 'The third book in a riveting saga about bats ... capable of enthralling both 9-11s, as well as an older audience.' * Achuka website *
A fascinating, gripping adventure story * Teen Titles *

Kenneth Oppel wrote his first novel at the age of 15, and enterprisingly sent it to his favourite writer, Roald Dahl. Publication soon followed, and since then he has written more than a dozen books, including an adult novel, THE DEVIL'S CURE, and the bestselling SILVERWING saga, for which he has won many prizes in his native Canada. He now lives and works in Toronto with his wife and two children.

GOR002650562
1: Silverwing by Kenneth Oppel
Kenneth Oppel
Used - Very Good
Paperback
Hachette Children's Group
1999-08-19
288
0340743484
9780340743485
N/A
Book picture is for illustrative purposes only, actual binding, cover or edition may vary.
This is a used book - there is no escaping the fact it has been read by someone else and it will show signs of wear and previous use. Overall we expect it to be in very good condition, but if you are not entirely satisfied please get in touch with us.