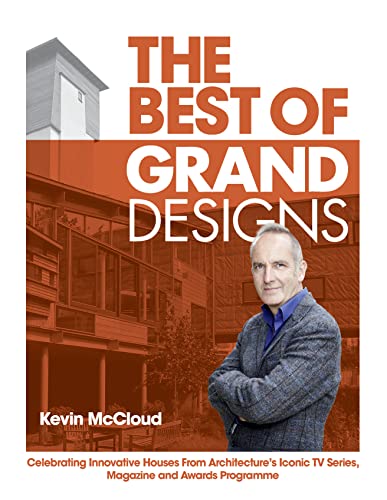 The Best of Grand Designs
by Kevin McCloud

The Best of Grand Designs Summary

The Best of Grand Designs by Kevin McCloud

Grand Designs is broadcast in over 130 countries and regularly gleans 5 million viewers in the UK. Its success, says Kevin, is due to 'good old-fashioned story telling; of joy and sorrow, torment and triumph, expressed tangibly in the making of a building'.

To celebrate fourteen glorious years of film-making, 100 editions of Grand Designs Magazine, 100 separate programmes and ten years of hosting the Stirling Prize, Kevin now delves into the archives to highlight his favourite projects. The Best of Grand Designs charts where domestic architecture has come from, and is moving to, in the first decade or so of a new millennium. And it places people at the centre of the stories of these buildings.

Each project is supported by beautiful photography, building plans and Kevin's own personal analysis, together with commentary from his long-time collaborator, Isabel Allen.

From the off-grid ecological approach of woodsman Ben Law in Sussex to the quirky experimentalism of Sarah Wigglesworth and Jeremy Till's straw bale house in London, Kevin demonstrates how Grand Designs continues to contribute to television history and why it provides an important legacy for good house design.

Kevin McCloud is the presenter of Channel 4's BAFTA nominated `Grand Designs', which has now covered over 100 projects. He has also hosted the annual coverage of the Stirling Prize and made series about the Grand Tour, urban regeneration, the slums of Mumbai and his shed.
A building historian and trained designer by background, Kevin has also written extensively about architecture, decoration, design, lighting, colour, sustainability and his shed. His day job is making television programmes. His other day job is running Hab Housing, a green development business he founded. Kevin is an Honorary Fellow of the Royal Institute of British Architects.

GOR004751779
The Best of Grand Designs by Kevin McCloud
Kevin McCloud
Used - Very Good
Hardback
HarperCollins Publishers
2012-10-11
272
000748562X
9780007485628
N/A
Book picture is for illustrative purposes only, actual binding, cover or edition may vary.
This is a used book - there is no escaping the fact it has been read by someone else and it will show signs of wear and previous use. Overall we expect it to be in very good condition, but if you are not entirely satisfied please get in touch with us.