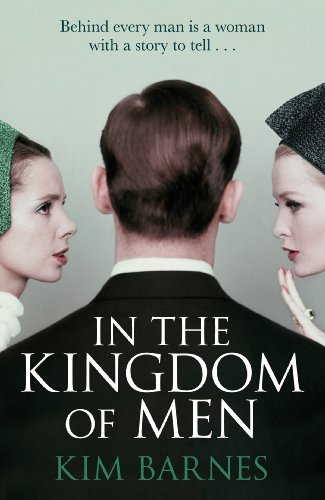 In the Kingdom of Men
by Kim Barnes

When Gin McPhee's husband Mason takes a job at the Arabian American Oil Company in Saudi Arabia, it unlocks a glamorous new lifestyle far from their humble beginnings in Oklahoma.

In the Kingdom of Men Summary

In the Kingdom of Men by Kim Barnes

Behind every man is a woman with a story to tell ...

When Gin McPhee's husband Mason takes a job at the Arabian American Oil Company in Saudi Arabia, it unlocks a glamorous new lifestyle far from their humble beginnings in Oklahoma. It is a life of private clubs, dinner parties, and a houseboy at their disposal; all kept within the confines of the company compound.

But as Gin tires of the cocktails and an absent husband, the illusion of freedom is shattered, leaving boredom and curiosity for life beyond the gates - a world she soon finds is one of danger and corruption. And when a young woman is discovered dead in the bay and suspicions point to Mason, the one person she can trust is nowhere to be found.

In the Kingdom of Men Reviews

Barnes animates a magnetizing cast of cosmopolitan characters ... A veritable Mad Men of the desert, with the depth of a Graham Greene novel. * Booklist *
A close inspection of how radically a life can be rescaled, and how quickly. With a protagonist like this, Barnes could have set her novel in a single room, and we'd keep reading. * Boston Globe *
Drawn with skill and filled with evocative period detail ... [Gin] plumbs the depths of her new world with heart and courage. * Seattle Times *
A real page-turner that's also beautifully written and researched. * Saga *
With courage and zest, Kim Barnes's novel takes an intimate look at ... the rarified and harshly beautiful world of eastern Saudi Arabia ... Within these lyrical pages is a story well worth investigating. * San Francisco Chronicle *

Kim Barnes is the author of A Country Called Home, winner of a PEN USA Award and shortlisted for the Pulitzer Prize, and two critically acclaimed memoirs. She lives with her husband, the poet Robert Wrigley, on Moscow Mountain.

GOR004720584
In the Kingdom of Men by Kim Barnes
Kim Barnes
Used - Very Good
Paperback
Cornerstone
2013-03-28
336
0099559277
9780099559276
N/A
Book picture is for illustrative purposes only, actual binding, cover or edition may vary.
This is a used book - there is no escaping the fact it has been read by someone else and it will show signs of wear and previous use. Overall we expect it to be in very good condition, but if you are not entirely satisfied please get in touch with us.