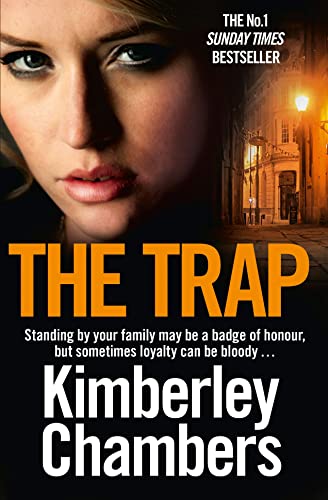 The Trap
by Kimberley Chambers

The Trap by Kimberley Chambers

*If you love The Butlers, meet QUEENIE! Kimberley Chambers' new novel and prequel to The Butler series is out on the 23rd Jan - pre-order now!*

The Butlers are the kings of the East End.

Vinny and Roy Butler are the apple of their mum's eye and although Queenie knows they can play dirty, when it comes to family they look after business and make her proud. Nothing and no one can bring the Butler's down.

But Vinny seems to have crossed the wrong person and his cards are marked. And with the brothers joined at the hip, Roy may just be in the firing line too...

One bloody night sets Vinny on the path of desperate vengeance, but will the Butlers emerge stronger than ever, or is the East End code of honour as good as dead?

The first book in the Butler family saga. The series continues with Payback, The Wronged and Tainted Love.

'[a] faced-paced tale with gritty authenticity' The Guardian

GOR004546939
The Trap by Kimberley Chambers
Kimberley Chambers
Used - Very Good
Paperback
HarperCollins Publishers
2013-02-05
544
0007435037
9780007435036
N/A
Book picture is for illustrative purposes only, actual binding, cover or edition may vary.
The book has been read but remains in clean condition. All pages are intact and the cover is intact. Some minor wear to the spine.