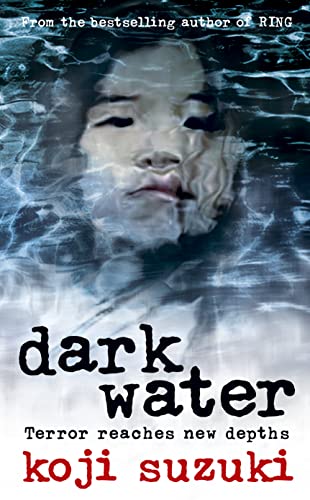 A selection of deliciously spooky short stories from the Japanese master of suspense, the acclaimed author of RING. The first story in the collection has been filmed as DARK WATER.

A selection of deliciously spooky short stories from the Japanese master of suspense, the acclaimed author of RING. The first story in the collection has been filmed as DARK WATER.

Suzuki demonstrates the power of his psychological insight into the mechanics of fear in this highly atmospheric collection of stories unified by the theme of water.

Following her divorce, Yoshimi Matsubara lives with her five-year-old daughter Ikuko in a depressing and damp apartment block on reclaimed land in Tokyo Bay. But when a child's red bag keeps turning up in unexpected places, Yoshino's sanity seems to be threatened, and she soon begins to fear that her daughter's life is at risk.

Kensuke Suehiro jumps at the chance to visit a restricted island in Tokyo Bay, about which he once heard a rather strange story. But when he arrives, he finds far more than he bargained for.

Fisherman Hiroyuki is embittered and unhappy in his marriage. But getting rid of his wife turns out to be anything but easy, especially when his own boat seems to be against him.

Family man Sugiyama finds himself trapped in an underwater cave. Can he find a way to communicate with his beloved son one last time?

Just four examples from this beautifully crafted collection of stories filled with suspense, tension and drama. A perfect introduction to one of Japan's top literary stars.

`The pace doesn't slacken for a moment ... a guaranteed page-turner' OBSERVER

`Bristles with menace and fear' UNCUT

`Suzuki blends the dispassionate, inquisitive, sometimes terrifying urban character-types to be found in Haruki Murakami's work with the plot mechanics of a Stephen King or Michael Crichton' Kim Newman, INDEPENDENT

Koji Suzuki is a literary star in his native Japan, where he is also a respected writer on childcare, having brought up two daughters. His novel RING has sold 2.8 million copies to date and spawned a cult Japanese film that is fast becoming a classic, as well as a successful Hollywood remake. DARK WATER has been filmed in both Japan and the US. Koji Suzuki lives in Tokyo but loves to travel.

GOR001102806
Dark Water by Koji Suzuki
Koji Suzuki
Used - Very Good
Paperback
HarperCollins Publishers
2006-04-03
304
0007207433
9780007207435
N/A
Book picture is for illustrative purposes only, actual binding, cover or edition may vary.
This is a used book - there is no escaping the fact it has been read by someone else and it will show signs of wear and previous use. Overall we expect it to be in very good condition, but if you are not entirely satisfied please get in touch with us.