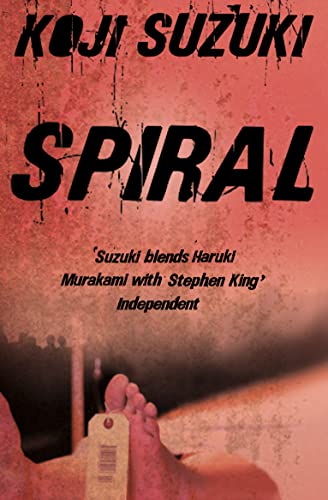 Stunning Japanese thriller with a chilling supernatural twist - the follow-up to Ring.

Stunning Japanese thriller with a chilling supernatural twist - the follow-up to Ring.

Pathologist Ando is at a low point in his life. His small son's death from drowning has resulted in the break-up of his marriage and he is suffering from traumatic recurrent nightmares. Work is his only escape, and his depressing world of loneliness and regret is shaken up when an old rival from medical school, Ryuji Takayama, turns up on his slab ready to be dissected.

Through Ryuji's bizarre demise Ando learns of a series of mysterious deaths that seem to have been caused by a sinister virus. From beyond the grave Ryuji appears to be leading Ando towards a suspicious videotape - could this hold the answer to the riddle of the strange deaths? Or is it merely the first clue? When Ando meets Mai, an attractive former student of Ryuji's, his desire to solve the puzzle transcends curiosity and becomes a matter of life or death.

`Spiral' is the stunning sequel to the highly acclaimed `Ring', and can also be read as a standalone.

'Suzuki blends the dispassionate, inquisitive, sometimes terrifying urban character-types to be found in Haruki Murakami's work with the plot mechanics of a Stephen King or Michael Crichton' Kim Newman' Independent

`The pace doesn't slacken for a moment ... a guaranteed page-turner' Observer

`Bristles with menace and fear' Uncut

Koji Suzuki is a literary star in his native Japan, where he is also a respected writer on childcare, having brought up two daughters. `Ring', the prequel to `Spiral', has sold 2.8 million copies to date and spawned a cult Japanese film that is fast becoming a classic, as well as a successful Hollywood remake. Koji Suzuki lives in Tokyo but loves to travel.

GOR003636201
Spiral by Koji Suzuki
Koji Suzuki
Used - Very Good
Paperback
HarperCollins Publishers
2007-05-01
304
0007240147
9780007240142
N/A
Book picture is for illustrative purposes only, actual binding, cover or edition may vary.
This is a used book - there is no escaping the fact it has been read by someone else and it will show signs of wear and previous use. Overall we expect it to be in very good condition, but if you are not entirely satisfied please get in touch with us.