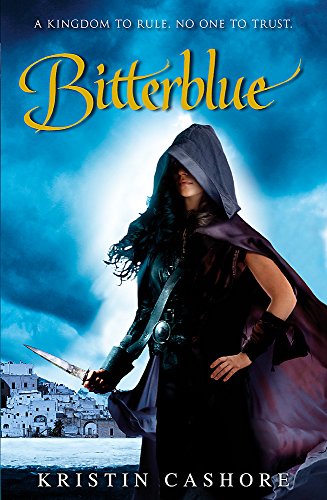 In Stock
£4.99
Bitterblue has a fractured kingdom to heal - and the poisonous shadow of a mad king to lift from her people - in this beautifully told adventure.
Very Good
Only 2 left

Eight years have passed since the young Princess Bitterblue and her country were saved from the vicious King Leck. Now Bitterblue is the queen of Monsea, and her land is at peace.

But the influence of her father, a violent psychopath with mind-altering abilities, lives on. Her advisers, who have run the country on her behalf since Leck's death, believe in a forward-thinking plan: to pardon all of those who committed terrible acts during Leck's reign; and to forget every dark event that ever happened. Monsea's past has become shrouded in mystery, and it's only when Bitterblue begins sneaking out of her castle - curious, disguised and alone - to walk the streets of her own city, that she begins to realise the truth. Her kingdom has been under the thirty-five-year long spell of a madman, and now their only chance to move forward is to revisit the past.

Whatever that past holds.

Two thieves, who have sworn only to steal what has already been stolen, change her life forever. They hold a key to the truth of Leck's reign. And one of them, who possesses an unidentified Grace, may also hold a key to her heart ...

Kristin Cashore is an award-winning author in the fantasy and YA genre. She has an M.A. in children's literature and has lived in Pennsylvania, Florida, Sydney, Cambridge, Austin, Italy and even London before settling, for the moment, in Boston.

GOR004841756
Bitterblue by Kristin Cashore
Kristin Cashore
Used - Very Good
Paperback
Orion Publishing Co
2013-04-11
576
0575097191
9780575097193
N/A
Book picture is for illustrative purposes only, actual binding, cover or edition may vary.
This is a used book - there is no escaping the fact it has been read by someone else and it will show signs of wear and previous use. Overall we expect it to be in very good condition, but if you are not entirely satisfied please get in touch with us.