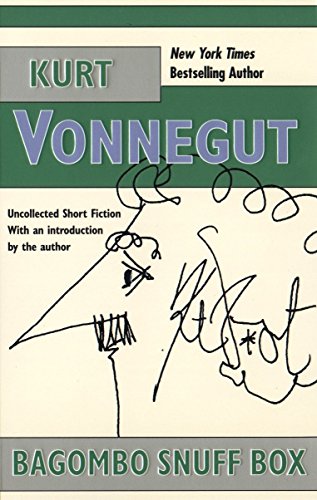 From the acclaimed author of Slaughterhouse-Five, Cat's Cradle, and Breakfast of Champions comes a compilation of twenty-three never-before-collected short stories.

These vignettes of American life draw on Kurt Vonnegut's World War 2 experiences and the resolute optimism of the country after the war. Together, they present a poignant and humorous portrayal of an America peopled with overzealous high school band directors and their students, rebellious housewives, and boasting salesmen, soldiers misplaced during the war and people lost in their own gadget-filled homes.

In an era before television, Kurt Vonnegut found a ready and willing audience in the readers of such magazines as Collier's, The Saturday Evening Post, Cosmopolitan, Argosy, and Redbook. These rare, rediscovered tales gives us a glimpse into a more innocent America--and into the developing genius of one of the greatest writers of our time.

"These tales are worth reading; with the other early stories in Welcome to the Monkey House, they provide fans with the complete test-tube Vonnegut."--Entertainment Weekly

"The stories...are snappy and often humorous, gentle even when sad. Some have trick endings--the early Vonnegut, he tells us, was an admirer of O. Henry. Most have morals. And the characters know what the morals are; the willingness of even the pretentious and deluded among them to learn from their comeuppances reflects a kind of optimism we dont' expect from the author of Slaughterhouse-Five and Cat's Cradle."--Los Angeles Times

"An on-target, satisfying collection of quirky plot lines and rapidly developed characters who usually manage to rise above their ordinary stations and predicaments."--Chicago Tribune

Kurt Vonnegut was a master of contemporary American literature. His black humor, satiric voice, and incomparable imagination first captured America's attention in The Sirens of Titan in 1959 and established him, in the words of The New York Times, as "a true artist" with the publication of Cat's Cradle in 1963. He was, as Graham Greene declared, "one of the best living American writers." Mr. Vonnegut passed away in April 2007.

GOR004684529
Bagombo Snuff Box by Kurt Vonnegut
Kurt Vonnegut
Used - Very Good
Paperback
Penguin Putnam Inc
2000-12-07
384
0425174468
9780425174463
N/A
Book picture is for illustrative purposes only, actual binding, cover or edition may vary.
This is a used book - there is no escaping the fact it has been read by someone else and it will show signs of wear and previous use. Overall we expect it to be in very good condition, but if you are not entirely satisfied please get in touch with us.