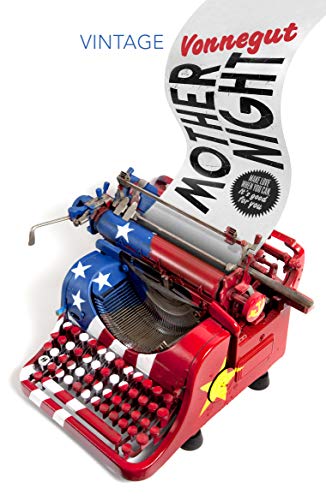 Whilst awaiting trial for war crimes in an Israeli prison, Howard W. Can a black or white verdict ever be reached in a world that's a gazillion shades of grey?

'After Vonnegut, everything else seems a bit tame' Spectator

Whilst awaiting trial for war crimes in an Israeli prison, Howard W. Campbell Jr sets down his memoirs on an old German typewriter. He has used such a typewriter before, when he worked as a Nazi propagandist under Goebbels. Though that was before he agreed to become a spy for US military. Is Howard guilty? Can a black or white verdict ever be reached in a world that's a gazillion shades of grey?

'After Vonnegut, everything else seems a bit tame' Spectator

Vonnegut's chilling early masterpiece * Observer *
Mother Night is not one of his most famous books, but it's one of the best * Washington Post *
A brilliant wacky ideas-monger * Observer *
Everyone should read Vonnegut -- Tim Minchin
A cool writer, at once throwaway and passionate and very funny * Financial Times *

GOR001743904
Mother Night by Kurt Vonnegut
Kurt Vonnegut
Used - Very Good
Paperback
Vintage Publishing
1992-05-21
192
0099819309
9780099819301
N/A
Book picture is for illustrative purposes only, actual binding, cover or edition may vary.
This is a used book - there is no escaping the fact it has been read by someone else and it will show signs of wear and previous use. Overall we expect it to be in very good condition, but if you are not entirely satisfied please get in touch with us.