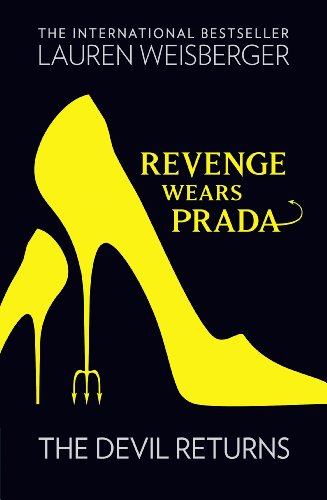 Everything's in place for the season's hottest launch:

Andy has just turned thirty and is an incredibly successful magazine editor, working closely with her best friend Emily, another Runway survivor. She's about to get married - life's on track and she's been careful to stay clear of Miranda Priestly, her dreadful first boss. But Andy's luck is running out. Miranda Priestly isn't the kind of woman who hides in the background.

She's back... and more devilish than ever.

`This entertaining read has all the pace, glamour and bitchy dialogue of the original' Sunday Mirror

`Sparkling with Sex and the City-style glamour, this entertaining sequel comes a decade after the debut novel which became a smash-hit film' Hello

Lauren Weisberger is the author of The Devil Wears Prada, which spent more than a year on the New York Times hardcover and paperback bestseller lists, and became a huge success as a film. Her other novels have also been bestsellers. She lives in Connecticut with her family.

GOR004828586
Revenge Wears Prada: The Devil Returns (The Devil Wears Prada Series, Book 2) by Lauren Weisberger
Lauren Weisberger
The Devil Wears Prada Series
Used - Very Good
Paperback
HarperCollins Publishers
2013-06-20
432
000731101X
9780007311019
N/A
Book picture is for illustrative purposes only, actual binding, cover or edition may vary.
This is a used book - there is no escaping the fact it has been read by someone else and it will show signs of wear and previous use. Overall we expect it to be in very good condition, but if you are not entirely satisfied please get in touch with us.