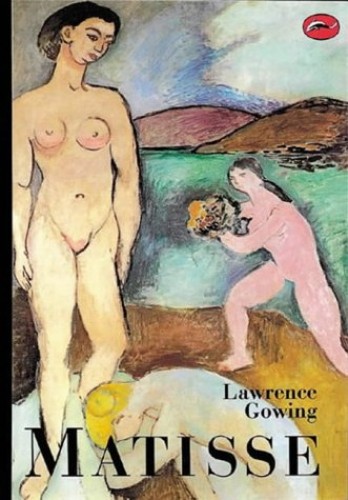 Out of Stock
Examines Matisse's impact on modern art as well as examining his career, techniques, aesthetics, and stages of artistic development.
Very Good Good
Only 0 left

The work of Henri Matisse has been both a profound inspiration to his successors and a source of infinite enjoyment to all who love art. Yet the apparent spontaneity of his colour and ease of imagery were the fruit of a lifetime's arduous labour; the simplicity of his compositions the result of a formidable intelligence. In this richly illustrated study, Lawrence Gowing takes us through Matisse's career, assessing his influence on the art that has followed him and looking closely at Matisse's own achievements. The detailed discussion of individual works reveal the subtlety and complexity of one of the greatest masters of all time.

'No artist of the 20th century was so involved with the process of looking at the world and questioning that looking as was Matisse - and Gowing understands that completely' - Art in America
'Literate, informed and discerning' - Choice

Sir Lawrence Gowing RA (1918 - 1991) was an English artist, writer, curator and teacher. Initially recognised as a portrait and landscape painter, he quickly rose to prominence as an art educator, writer, and eventually, curator and museum trustee.

GOR001216044
Matisse by Lawrence Gowing
Lawrence Gowing
World of Art
Used - Very Good
Paperback
Thames & Hudson Ltd
1979-11-19
216
0500201706
9780500201701
N/A
Book picture is for illustrative purposes only, actual binding, cover or edition may vary.
This is a used book - there is no escaping the fact it has been read by someone else and it will show signs of wear and previous use. Overall we expect it to be in very good condition, but if you are not entirely satisfied please get in touch with us.