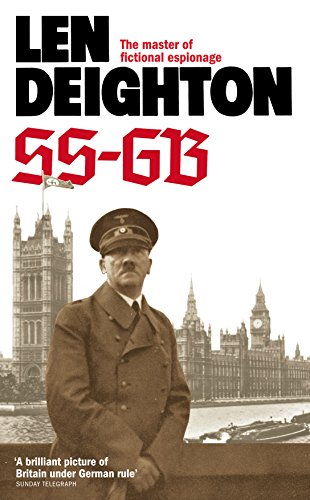 In February 1941 British Command surrendered to the Nazis. Churchill has been executed, the King is in the Tower and the SS are in Whitehall...

In February 1941 British Command surrendered to the Nazis. Churchill has been executed, the King is in the Tower and the SS are in Whitehall...

For nine months Britain has been occupied - a blitzed, depressed and dingy country. However, it's `business as usual' at Scotland Yard run by the SS when Detective Inspector Archer is assigned to a routine murder case. Life must go on.

But when SS Standartenfuhrer Huth arrives from Berlin with orders from the great Himmler himself to supervise the investigation, the resourceful Archer finds himself caught up in a high level, all action, espionage battle.

This is a spy story quite different from any other. Only Deighton, with his flair for historical research and his narrative genius, could have written it.

`A brilliant picture of Britain under German rule' Sunday Telegraph

`One of Deighton's best. Apart from his virtues as a storyteller, his passion for researching his backgrounds gives his work a remarkable factual authority. With Bomber and Fighter he established himself as an expert on a period... the authority of these books seem absolute.' The Observer

`Len Deighton is the Flaubert of the contemporary thriller writers... there can be little doubt that this is much the way things would have turned out if the Germans had won the war.' Michael Howard, Times Literary Supplement

`Deighton is a tremendous weaver of tales... action is all, and splendidly done.'

`The poet of the spy story.' Sunday Times

`For sheer readability he has no peer' The Standard

GOR007295287
SS-GB by Len Deighton
Len Deighton
Used - Very Good
Paperback
HarperCollins Publishers
2015-06-18
400
0008124876
9780008124878
N/A
Book picture is for illustrative purposes only, actual binding, cover or edition may vary.
This is a used book - there is no escaping the fact it has been read by someone else and it will show signs of wear and previous use. Overall we expect it to be in very good condition, but if you are not entirely satisfied please get in touch with us.