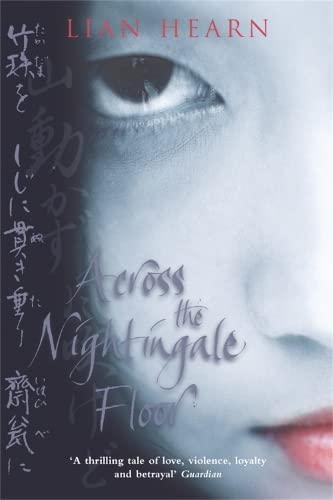 Across the Nightingale Floor
by Lian Hearn

In Stock
£3.99
The international bestseller - a journey of revenge and treachery, honour and loyalty, beauty and passion.
Like New Very Good
Only 1 left

Across the Nightingale Floor Summary

Across the Nightingale Floor: Tales of the Otori Book 1 by Lian Hearn

'The most compelling novel to have been published this year' Amanda Craig, Observer

In his palace at Inuyama, Lord Iida Sadamu, warlord of the Tohan clan, surveys his famous nightingale floor. Its surface sings at the tread of every human foot, and no assassin can cross it. But 16-year-old Otori Takeo, his family murdered by Iida's warriors, has the magical skills of the Tribe - preternatural hearing, invisibility, a second self - that enable him to enter the lair of the Tohan. He has love in his heart and death at his fingertips...

The stunningly powerful bestseller, Across the Nightingale Floor, is an epic story for readers young and old. Set in a mythical, feudal, Japanese land, a world both beautiful and cruel, the intense love story of two young people takes place against a background of warring clans, secret alliances, high honour and lightning swordplay.

Across the Nightingale Floor Reviews

'The most compelling novel to have been published this year' Amanda Craig, Observer

Lian Hearn studied modern languages at Oxford University and worked as a film critic and arts editor in London before settling in Australia. A lifelong interest in Japan led to the study of the Japanese language, many trips to Japan, and culminated in the Tales of the Otori series.

GOR010537471
Across the Nightingale Floor: Tales of the Otori Book 1 by Lian Hearn
Lian Hearn
Used - Like New
Paperback
Pan Macmillan
2003-06-06
320
0330493345
9780330493345
Short-listed for The CILIP Carnegie Medal 2002 (UK)
Book picture is for illustrative purposes only, actual binding, cover or edition may vary.
This is a used book - there is no escaping the fact it has been read by someone else and it will show signs of wear and previous use. Overall we expect it to be in very good condition, but if you are not entirely satisfied please get in touch with us.