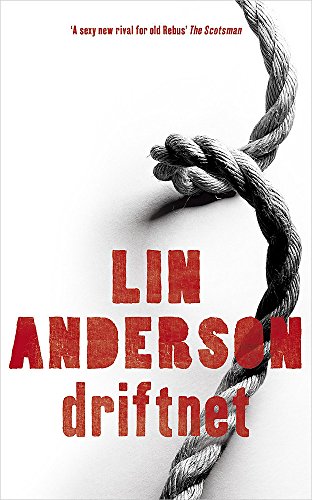 The first in the gritty, atmospheric Rhona Macelod crime series. Perfect for fans of Ian Rankin.

'Lin Anderson is one of Scotland's national treasures' Stuart MacBride

'The boy who had been abused and strangled in that hideous little room looked so like her, he could have been her brother...'

A teenage boy is found mutilated and murdered in a Glasgow flat. Forensic scientist Rhona Macleod is called to the scene, but her grim task is made even more unsettling than usual by the boy's remarkable resemblance to her - and the fact that she gave up a baby boy for adoption seventeen years before.

Racked with guilt, she sets out to find the boy's killer and determine whether he is her long-lost son - but in doing so, she immerses herself in the sinister world of an internet paedophile ring. Some very powerful men have a lot to lose if she succeeds, and everything to gain if she dies.

A cracking page-turner and impressive debut * News of the World *
[a] sexy new rival for old Rebus... * The Scotsman *
The gritty realism with which Anderson evokes her settings is one of the best things about this novel * The Times *
Lin Anderson is one of Scotland's national treasures - - don't be fooled by comparisons, her writing is unique, bringing warmth and depth to even the seediest parts of Glasgow. Lin's Rhona MacLeod is a complex and compelling heroine who just gets better with every outing. * Stuart MacBride, author of Cold Granite *

Lin Anderson began writing whilst working as a teacher, and now writes full time. Driftnet is her first novel.

GOR001352811
Driftnet: Rhona Macleod Book 1 by Lin Anderson
Lin Anderson
Used - Very Good
Paperback
Hodder & Stoughton
2006-11-02
272
0340922362
9780340922361
N/A
Book picture is for illustrative purposes only, actual binding, cover or edition may vary.
This is a used book - there is no escaping the fact it has been read by someone else and it will show signs of wear and previous use. Overall we expect it to be in very good condition, but if you are not entirely satisfied please get in touch with us.