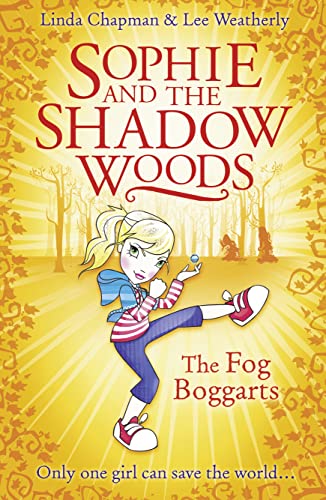 The Fog Boggarts
by Linda Chapman

The Fog Boggarts (Sophie and the Shadow Woods, Book 4) by Linda Chapman

Very few people ever enter the Shadow Woods, for these woods are like no others. Hidden deep within them is the Gateway to the Shadow Realm - a dark and chaotic world where all kinds of gruesome creatures live...

On her tenth birthday, tomboy Sophie learns she is the Guardian of the magical gateway, and that her destiny is to protect the human world from the goblins, trolls and evil sprites that inhabit the Shadow Woods.

Each book sees Sophie having to outwit weird and terrifying creatures from the Shadow Woods, and in this fourth action-packed adventure, we meet the stinky Fog Boggarts!

* A fab new series for girls with a thirst for adventure!

* Perfect for fans of Enid Blyton who love The Enchanted Wood

Linda Chapman brings years of experience to the Hello Kitty Fiction series, as she has worked in and written children's books for many years. Bestselling series she has worked on include My Secret Unicorn, Skating School and Rainbow Magic.

GOR004751502
The Fog Boggarts (Sophie and the Shadow Woods, Book 4) by Linda Chapman
Linda Chapman
Sophie and the Shadow Woods
Used - Very Good
Paperback
HarperCollins Publishers
2011-08-04
144
0007411693
9780007411696
N/A
Book picture is for illustrative purposes only, actual binding, cover or edition may vary.
This is a used book - there is no escaping the fact it has been read by someone else and it will show signs of wear and previous use. Overall we expect it to be in very good condition, but if you are not entirely satisfied please get in touch with us.