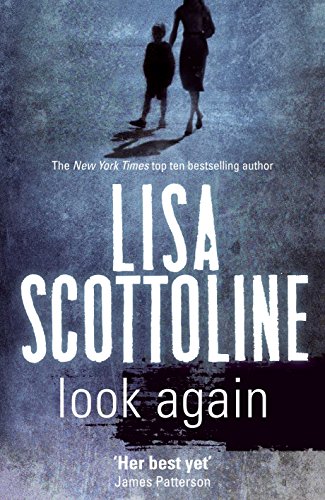 Ellen is a single mother, and a feature writer for a local Philadelphia newspaper, recently taken over by a new hot editor, Marcelo, who though gorgeous, has not been short in letting staff go. Ellen knows that, like others, her job may be on the line, and she is more vulnerable than most, for she has a three-year old adopted son, Will, who is the love of her life.

As she goes to collect her post one morning, she picks up a `Missing Child' card, and is struck by the uncanny resemblance between Will and the little boy, Timothy Braverman, who was kidnapped from his home in Miami two years ago. Timothy's parents have a website for their child, and the story is grim: not only was Timothy kidnapped, but his childminder was killed. The ransom was paid, the child never returned to his home.

For Ellen, the story is heartfelt: she first got to know Timothy as a small baby, when he was in hospital undergoing heart surgery; his adoption was hard won. As she searches further, something niggles at Ellen, and she begins to delve into the story of Will's birth mother, and uncover a horrendous story that, as the novel goes on, has far reaching consequences . . .

Lisa Scottoline is a New York Times bestselling author and winner of the highly prestigious Edgar Award. Her books are published in more than twenty languages and her latest titles include Dirty Blonde, Devil's Corner, Killer Smile and Dead Ringer. Her new novel, Daddy's Girl, will be published in September 2007. She is a former trial lawyer and lives in Philadelphia.

GOR001187453
Look Again by Lisa Scottoline
Lisa Scottoline
Used - Very Good
Hardback
Pan Macmillan
2009-07-03
352
0230741800
9780230741805
N/A
Book picture is for illustrative purposes only, actual binding, cover or edition may vary.
This is a used book - there is no escaping the fact it has been read by someone else and it will show signs of wear and previous use. Overall we expect it to be in very good condition, but if you are not entirely satisfied please get in touch with us.