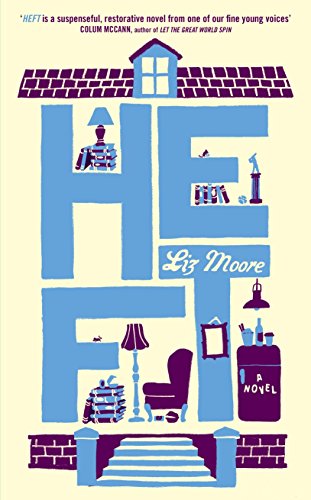 In Stock
£3.59
Former academic Arthur Opp weighs 550 pounds and hasn't left his rambling Brooklyn home in a decade. After nearly two decades of silence, it is Charlene's unexpected phone call to Arthur - a plea for help-that jostles them into action.
Very Good
Only 2 left

Former academic Arthur Opp weighs 550 pounds and hasn't left his rambling Brooklyn home in a decade. Twenty milesaway, in Yonkers, seventeen-year-old Kel Keller navigates life as the poor kid in a rich school and pins his hopes on what seems like a promising sporting career-if he can untangle himself from his family drama. The link between this unlikely pair is Kel's mother, Charlene, a former student of Arthur's. After nearly two decades of silence, it is Charlene's unexpected phone call to Arthur - a plea for help-that jostles them into action. Through Arthur and Kel's own quirky and lovable voices, HEFT tells the winning story of two improbable heroes whose sudden connection transforms both their lives. It is a novel about love and family found in the most unexpected places.

"Liz Moore's skill as a tight storyteller is matched by her sensitivity to the things people do to stay safe ... Moore, whose love for her characters is palpable, helps them ease off their heavy cocoons before they suffocate ... astonishing second novel ... Every kiss, every mouthful of food resonates with a gorgeous revelling in life's physicality; so much so that the big ideas behind this quietly impressive narrative show themselves as naturally and beautifully as Yolanda's suddenly swelling belly.. Full of surprises and love and healing, Heft is the most unsentimental sentimental journey you will read this year." -- Melissa Katsoulis * The Times *
"Read it: you'll like it." * Observer *
"The clarity of the prose... consciously avoids stylistic showiness or literary pretentions... the novel ends up providing a gentle but complex understanding of what it is, as Arthur neatly points out, to lose one's "connection to the world" and end up a self-styled "noble hermit"." * The Sunday Times *
"A gentle fiction as big-hearted as its star is heavy" * Vogue *
"Moore's lovely novel is about overcoming shame and loneliness and learning to connect. It is life-affirming." * Library Journal *

Liz Moore is a writer, musician and teacher. Her debut novel, The Words of Every Song, was published in 2007, and she recently released her album Backyards. She is a professor at Holy Family University in Philadelphia, where she lives.

GOR003644260
Heft by Liz Moore
Liz Moore
Used - Very Good
Paperback
Cornerstone
2012-04-01
352
0091944201
9780091944209
N/A
Book picture is for illustrative purposes only, actual binding, cover or edition may vary.
This is a used book - there is no escaping the fact it has been read by someone else and it will show signs of wear and previous use. Overall we expect it to be in very good condition, but if you are not entirely satisfied please get in touch with us.