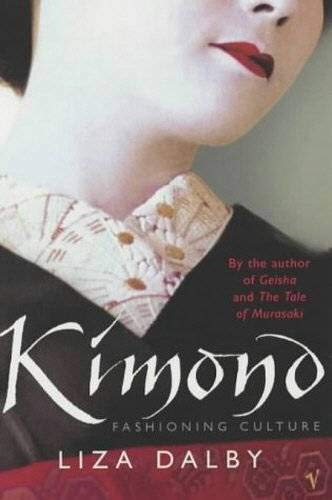 Out of Stock
In this beautifully written and lavishly illustrated book Liza Dalby traces the history of the kimono - its designs, uses, aesthetics and social significance.
Very Good
Only 0 left

In this beautifully written and lavishly illustrated book Liza Dalby traces the history of the kimono - its designs, uses, aesthetics and social significance. The colourful and stylised kimono, the national garment of Japan, expresses not only Japanese fashion and design taste but also reveals something of the soul of Japan, and is seen by many as a symbol for all that is Japanese - simplicity, elegance and beauty. Amazingly beautiful, the kimono has gone through many changes in the centuries since it was first imported from China, changes that reflect the way that Japanese society has also developed over the ages.

"She offers a tour of the cultural collisions that have become part of the fabric not just of the kimono but of modern Japan. It is a tour well worth taking" * Wall Street Journal *
"An impressive, unusual and beautiful book. There are many valuable insights here - not only about Japanese clothing but also about patterns of gender, class and identity in Japanese culture" -- Joseph J. Tobin, author of 'Re-Made in Japan'
"A lively, informative study of the kimono, tracing its evolution throughout Japanese history to its current status as the national dress of Japan... At once scholarly and enjoyable reading" * Journal of Japanese Studies *

Liza Dalby is an anthropologist specialising in Japanese culture and the only Westerner to have become a geisha. She is the author of The Tale of Murasaki, Geisha and consulted on Steven Spielberg's film of Memoirs of a Geisha. She lives in California with her husband and three children.

GOR001047867
Kimono by Liza Dalby
Liza Dalby
Used - Very Good
Paperback
Vintage Publishing
2001-11-01
416
0099428997
9780099428992
N/A
Book picture is for illustrative purposes only, actual binding, cover or edition may vary.
This is a used book - there is no escaping the fact it has been read by someone else and it will show signs of wear and previous use. Overall we expect it to be in very good condition, but if you are not entirely satisfied please get in touch with us.