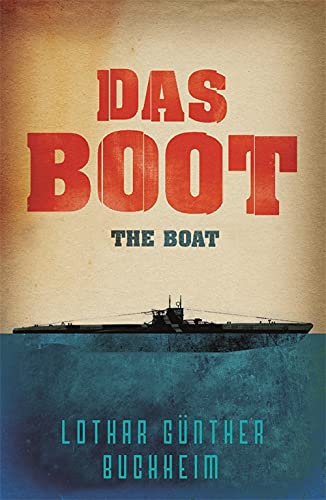 In Stock
£10.99
Filled with almost unbearable tension and excitement, DAS BOOT is one of the best stories ever written about war, a supreme novel of the Second World War and an acclaimed film and TV drama.
New£10.99
5 in stock

Filled with almost unbearable tension and excitement, DAS BOOT is one of the best stories ever written about war, a supreme novel of the Second World War and an acclaimed film and TV drama.

It is autumn 1941 and a German U-boat commander and his crew set out on yet another hazardous patrol in the Battle of the Atlantic. Over the coming weeks they must brave the stormy waters of the Atlantic in their mission to seek out and destroy British supply ships. But the tide is beginning to turn against the Germans in the war for the North Atlantic. Their targets now travel in convoys, fiercely guarded by Royal Navy destroyers, and when contact is finally made the hunters rapidly become the hunted.

As the U-boat is forced to hide beneath the surface of the sea a cat-and-mouse game begins, where the increasing claustrophobia of the submarine becomes an enemy just as frightening as the depth charges that explode around it. Of the 40,000 men who served on German submarines, 30,000 never returned. Written by a survivor of the U-boat fleet, DAS BOOT is a psychological drama merciless in its intensity, and a classic novel of the Second World War.

Lothar-Gunther Bucheim was born in 1918 and grew up in Saxony. When the war broke out he joined the navy and served on mine-sweepers, destroyers and submarines on the last as an official navy correspondent.

NGR9780304352319
Das Boot by Lothar-Gunther Buchheim
Lothar-Gunther Buchheim
Cassell Military Paperbacks
New
Paperback
Orion Publishing Co
1999-06-03
576
0304352314
9780304352319
N/A
Book picture is for illustrative purposes only, actual binding, cover or edition may vary.
This is a new book - be the first to read this copy. With untouched pages and a perfect binding, your brand new copy is ready to be opened for the first time.