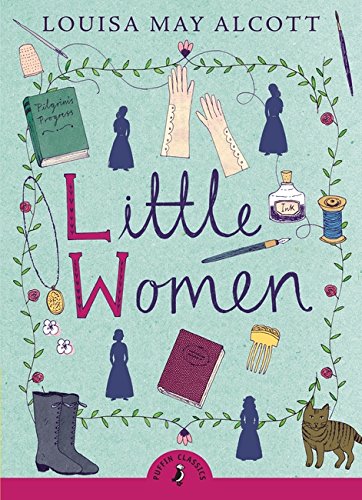 Little Women
by Louisa May Alcott

In Stock
£5.99
Meg is the eldest and on the brink of love. Then there's tomboy Jo who longs to be a writer. Sweet-natured Beth always puts others first, and finally there's Amy, the youngest and most precocious. Together they are the March sisters.
Very Good Good
6 in stock

Little Women by Louisa May Alcott

Come laugh and cry with the March family.

Together they're the March sisters. Their father is away at war and times are difficult, but the bond between the sisters is strong.

The family may not have much money, but that doesn't stop them from creating their own fun and forming a secret society.

Through sisterly squabbles, happy times and sad, their four lives follow very different paths, and they discover that growing up is sometimes very hard to do...

***PLUS a behind-the-scenes journey, including an author profile, a guide to who's who, activities and more...***

About Louisa May Alcott

Louisa May Alcott (1832-88) was brought up in Pennsylvania, USA. She turned to writing in order to supplement the family income and had many short stories published in magazines and newspapers.
She was reluctant to write a children's book but then realized that in herself and her three sisters she had the perfect models. The result was Little Women (1868) which became the earliest American to become a classic.

GOR001400701
Little Women by Louisa May Alcott
Louisa May Alcott
Puffin Classics
Used - Very Good
Paperback
Penguin Books Ltd
2008-03-06
400
0141321083
9780141321080
N/A
Book picture is for illustrative purposes only, actual binding, cover or edition may vary.
This is a used book - there is no escaping the fact it has been read by someone else and it will show signs of wear and previous use. Overall we expect it to be in very good condition, but if you are not entirely satisfied please get in touch with us.