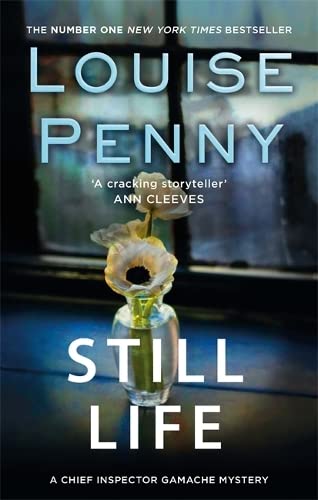 The discovery of a dead body in the woods on Thanksgiving Weekend brings Chief Inspector Armand Gamache and his colleagues from the Surete du Quebec to a small village in the Eastern Townships. Gamache cannot understand why anyone would want to deliberately kill well-loved artist Jane Neal, especially any of the residents of Three Pines - a place so free from crime it doesn't even have its own police force.

But Gamache knows that evil is lurking somewhere behind the white picket fences and that, if he watches closely enough, Three Pines will start to give up its dark secrets...

Full of twists and turns . . . Wonderfully satisfying -- Kate Mosse on How the Light Gets In
Louise Penny's writing is intricate, beautiful and compelling. * Peter James *
Penny's elegant style is deeply satisfying, while Gamache is contemplative even when under pressure, and remains a man you want to spend time with * Metro *
Impossible to put down * Globe and Mail on The Murder Stone *

GOR003106490
Still Life by Louise Penny
Louise Penny
Chief Inspector Gamache
Used - Very Good
Paperback
Little, Brown Book Group
2011-04-07
400
0751547387
9780751547382
N/A
Book picture is for illustrative purposes only, actual binding, cover or edition may vary.
This is a used book - there is no escaping the fact it has been read by someone else and it will show signs of wear and previous use. Overall we expect it to be in very good condition, but if you are not entirely satisfied please get in touch with us.