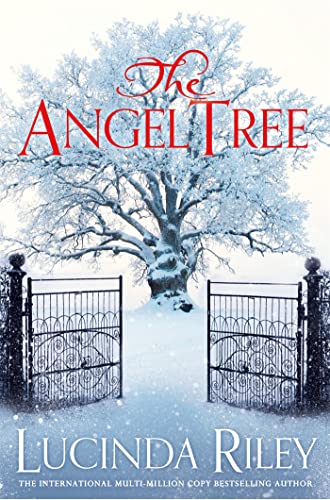 The Angel Tree
by Lucinda Riley

The Angel Tree by Lucinda Riley

The Angel Tree by Lucinda Riley is a compelling mystery of family secrets and forgotten pasts from the author of The Seven Sisters.

Thirty years have passed since Greta left Marchmont Hall, a grand and beautiful house nestled in the hills of rural Monmouthshire. But when she returns to the Hall for Christmas, at the invitation of her old friend David Marchmont, she has no recollection of her past association with it - the result of a tragic accident that has blanked out more than two decades of her life. Then, during a walk through the wintry landscape, she stumbles across a grave in the woods, and the weathered inscription on the headstone tells her that a little boy is buried here . . .

The poignant discovery strikes a chord in Greta's mind and soon ignites a quest to rediscover her lost memories. With David's help, she begins to piece together the fragments of not only her own story, but that of her daughter, Cheska, who was the tragic victim of circumstances beyond her control. And, most definitely, not the angel she appeared to be . . .

*First published as Not Quite an Angel under the name Lucinda Edmonds, now extensively rewritten*

The Angel Tree packs a real psychological punch, exploring the fall-out from troubled childhoods and how events in the past impact on not just our perception of the world but on how we handle our relationships with other people. Riley takes us into the heart of a cross-generational struggle, filling the pages with fascinating characters and dynamic locations, and springing surprises at every juncture. Sweeping, absorbing, beautifully written and utterly compelling, this is a saga to sit back and savour on long winter nights * Lancashire Evening Post *

GOR007113989
The Angel Tree by Lucinda Riley
Lucinda Riley
Used - Very Good
Paperback
Pan Macmillan
2015-11-19
672
1447288440
9781447288442
N/A
Book picture is for illustrative purposes only, actual binding, cover or edition may vary.
This is a used book - there is no escaping the fact it has been read by someone else and it will show signs of wear and previous use. Overall we expect it to be in very good condition, but if you are not entirely satisfied please get in touch with us.