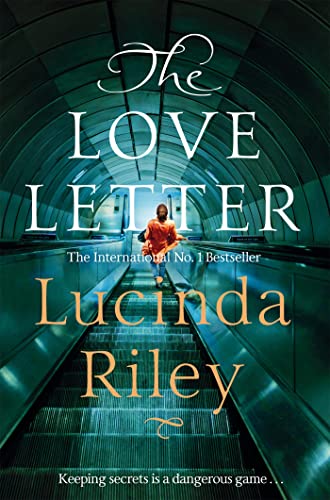 The Love Letter
by Lucinda Riley

The Love Letter by Lucinda Riley

The Love Letter is a thrilling novel full of secrets, lies and unforgettable twists, from the internationally bestselling author, Lucinda Riley.

Keeping secrets is a dangerous game . . .

When Sir James Harrison, one the greatest actors of his generation, passes away at the age of ninety-five he leaves behind not just a heartbroken family but also a secret so shocking, so devastating that it could rock the English establishment to its core . . .

Joanna Haslam is an ambitious young journalist, assigned to cover the legendary actor's funeral. The great and the good of the celebrity world are there. But Joanna stumbles on something dark beneath the glamour: the mention of a letter James Harrison has left behind, the contents of which others have been desperate to conceal for over seventy years. As she peels back the veil of lies that has shrouded the secret, she realizes that there are other forces attempting to prevent her from discovering the truth. And they'll stop at nothing to reach the letter before she does.

*This title was originally published as Seeing Double. It is available in the US as The Royal Secret*

'Masterful storytelling and imaginative power are the trademarks of Riley's novels and this 600-page epic delivers a full-throttle escapist adventure with an extraordinary cast of unreliable characters, a right royal mystery and surprises at every turn. An intriguing change of direction from one of our best-loved authors . . .' * Lancashire Evening Post *
Travel back to 90s London with this expose of dark secrets among the members of the English top drawer. Perfect summer escapism, with twists galore. * Best magazine *
There is plenty of action and edge of the seat moments that intensify the tension and suspense of this book. Romance, family secrets and drama make this a multi layered read to keep your interest throughout the book * Bookliterati *
'Sit back and enjoy all the action, adventure, romance, danger and controversy in what for me was an extraordinary and deeply satisfying read . . . without question Lucinda Riley is my favourite author' * Shaz's Book Blog *
Enticed by the synopsis, I found myself hooked from the very first chapter. The storytelling is compelling and the story gripping, leaving the reader eager to turn the page. As expected with the genre, The Love Letter delivers more than its fair share of twists and turns, and Lucinda Riley has skilfully woven little hints and clues into the narrative along the way for the curious reader to try to piece together the puzzle themselves. * Emma R - blog *

Lucinda Riley was born in Ireland, and after an early career as an actress in film, theatre and television, wrote her first book aged twenty-four. Her books have been translated into over thirty languages and sold over ten million copies worldwide. She is a Sunday Times and New York Times bestselling author.

Lucinda is the author of The Seven Sisters series, which tells the story of adopted sisters and is based allegorically on the mythology of the famous star constellation. The first three books, The Seven Sisters, The Storm Sister, and The Shadow Sister have all been No.1 bestsellers across Europe, and the rights to a multi-season TV series have already been optioned by a Hollywood production company.

GOR009249768
The Love Letter by Lucinda Riley
Lucinda Riley
Used - Very Good
Paperback
Pan Macmillan
2018-07-26
624
1509825045
9781509825042
N/A
Book picture is for illustrative purposes only, actual binding, cover or edition may vary.
The book has been read, but looks new. The book cover has no visible wear, and the dust jacket is included if applicable. No missing or damaged pages, no tears, possible very minimal creasing, no underlining or highlighting of text, and no writing in the margins.