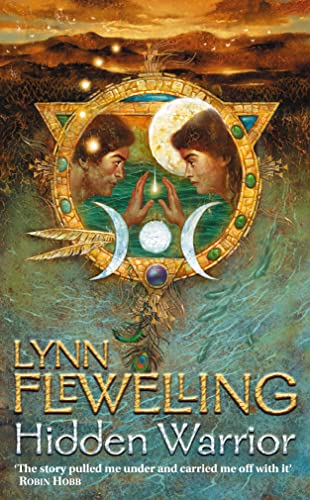 The second volume of a thrilling fantasy adventure trilogy filled with necromancy and bone-chilling magic from the bestselling US author of the Nightrunner series.

The second volume of a thrilling fantasy adventure trilogy filled with necromancy and bone-chilling magic from the bestselling US author of the Nightrunner series.

The line of Skala's ruling queens was established in accordance with prophecy. But now King Erius reigns, and he is ruthless in his determination to rid of Skala of any threat to his grip on power.

As the only living child of Erius's dead sister, Prince Tobin is second in line to the throne. But he is not what he seems. To protect him from the paranoid assassinations ordered by his uncle, Tobin's identity was disguised shortly after birth. But now, with the onset of puberty, Tobin has discovered his true self - she is the rightful heir to the throne.

At court, Tobin and his loyal squire Ki form part of Crown Prince Korin's inner circle. Tobin is forced to live a lie, deceiving not only his potential enemies but also his closest friends. But soon the time will come when Skala will have need of her true Queen. And as plague ravages the land, ancient enemies threaten war and the wizards who have traditionally protected Skala are mercilessly persecuted, it seems that day may be drawing near. Tobin must be ready to reveal her true identity and serve her country, whatever the personal cost.

A fantasy that does not flinch from its premise all the way to a satisfying conclusion. The story pulled me under and carried me off with it' Robin Hobb

Lynn Flewelling was born in Presque Isle, Maine, in 1958. She received her BS from University of Maine, 1981 and went on to study on a Veterinary Med. Program. She has had a variety of jobs including, house painter, sales clerk, teacher, and copy writer. Among her favourite writers and influences are: Tom Stoppard, Mary Renault, Umberto Eco, Stephen King, Joyce Carol Oates, Ray Bradbury, and Arthur Conan Doyle.
Lynn Flewelling currently lives in western New York, with her husband Doug, their two sons, and creatures that shed too much.

GOR001213819
Hidden Warrior (The Tamir Triad, Book 2) by Lynn Flewelling
Lynn Flewelling
The Tamir Triad
Used - Very Good
Paperback
HarperCollins Publishers
2003-07-07
576
0007113102
9780007113101
N/A
Book picture is for illustrative purposes only, actual binding, cover or edition may vary.
This is a used book - there is no escaping the fact it has been read by someone else and it will show signs of wear and previous use. Overall we expect it to be in very good condition, but if you are not entirely satisfied please get in touch with us.