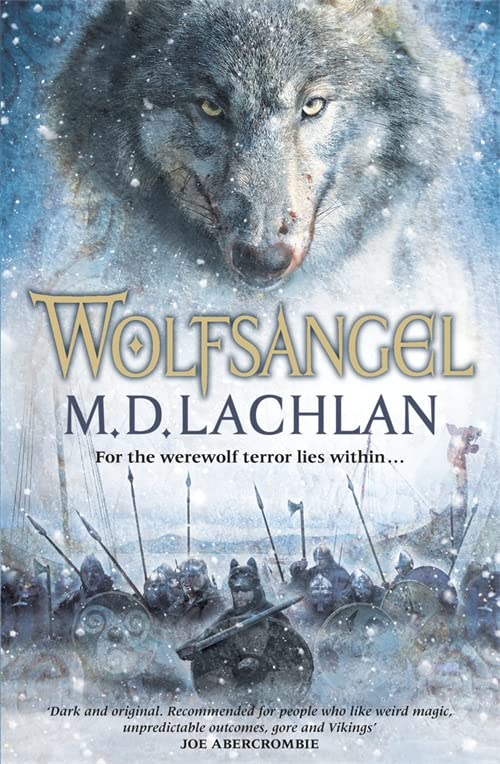 In Stock
£4.49
A superbly written fantasy epic that spans hundreds of years of our history to bring Norse legends and the myth of the werewolf to blood-curdling life.
Very Good Good
Only 2 left

The Viking King Authun leads his men on a raid against an Anglo-Saxon village. Men and women are killed indiscriminately but Authun demands that no child be touched. He is acting on prophecy. A prophecy that tells him that the Saxons have stolen a child from the Gods. If Authun, in turn, takes the child and raises him as an heir, the child will lead his people to glory.

But Authun discovers not one child, but twin baby boys. Ensuring that his faithful warriors, witnesses to what has happened, die during the raid Authun takes the children and their mother home, back to the witches who live on the troll wall. And he places his destiny in their hands.

And so begins a stunning multi-volume fantasy epic that will take a werewolf from his beginnings as the heir to a brutal Viking king, down through the ages. It is a journey that will see him hunt for his lost love through centuries and lives, and see the endless battle between the wolf, Odin and Loki - the eternal trickster - spill over into countless bloody conflicts from our history, and over into our lives.

This is the myth of the werewolf as it has never been told before and marks the beginning of an extraordinary new fantasy series from Gollancz.

M.D. Lachlan is the pseudonym of a successful mainstream fiction and non-fiction writer. A one-time stand-up comedian, he also writes for the Guardian. He was born in Coventry and now lives with his wife and children in Brighton.

GOR002799393
Wolfsangel by M.D. Lachlan
M.D. Lachlan
Used - Very Good
Paperback
Orion Publishing Co
2011-03-17
464
0575089601
9780575089600
N/A
Book picture is for illustrative purposes only, actual binding, cover or edition may vary.
This is a used book - there is no escaping the fact it has been read by someone else and it will show signs of wear and previous use. Overall we expect it to be in very good condition, but if you are not entirely satisfied please get in touch with us.