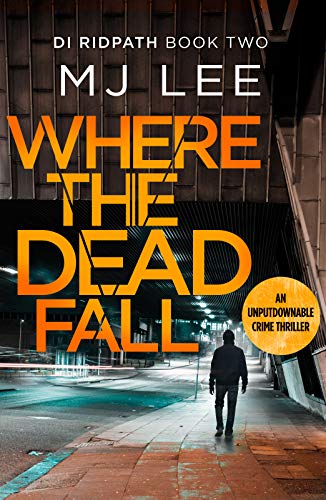 Where The Dead Fall
by M J Lee

Where The Dead Fall Summary

Where The Dead Fall: A completely gripping crime thriller by M J Lee

One chance encounter, one murder, will change everything.

DI Thomas Ridpath is in the process of getting his life back together when everything goes wrong. Caught in a gruesome motorway incident, one question remains: why did nobody else see what happened?

Ridpath's investigations soon pulls the police force itself into question, and hints at something even more sinister.

With Manchester on the brink of violence unlike anything seen in decades, Ridpath must battle this unprecedented conflict alongside his own demons...

A nail-biting crime thriller, MJ Lee's Where the Dead Fall is an absolute must-read, perfect for fans of Mark Billingham and Peter James.

Customer Reviews - Where The Dead Fall

M J Lee has worked as a university researcher in history, a social worker with Vietnamese refugees, and as the creative director of an advertising agency. He has spent 25 years of his life working outside the north of England, in London, Hong Kong, Taipei, Singapore, Bangkok and Shanghai.

GOR010253533
Where The Dead Fall: A completely gripping crime thriller by M J Lee
M J Lee
DI Ridpath Crime Thriller
Used - Very Good
Paperback
Canelo
2019-09-12
304
1788635744
9781788635745
N/A
Book picture is for illustrative purposes only, actual binding, cover or edition may vary.
This is a used book - there is no escaping the fact it has been read by someone else and it will show signs of wear and previous use. Overall we expect it to be in very good condition, but if you are not entirely satisfied please get in touch with us.