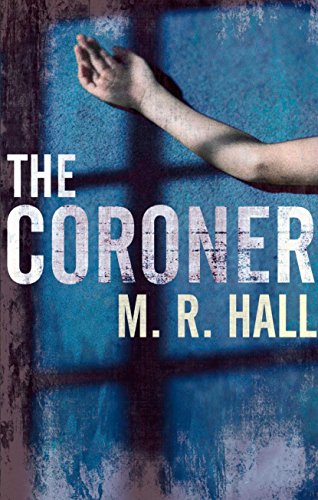 The Coroner
by M. R. Hall

The Coroner by M. R. Hall

When those in power hide the truth, she risks everything to reveal it.

When lawyer, Jenny Cooper, is appointed Severn Vale District Coroner, she's hoping for a quiet life and space to recover from a traumatic divorce, but the office she inherits from the recently deceased Harry Marshall contains neglected files hiding dark secrets and a trail of buried evidence.

Could the tragic death in custody of a young boy be linked to the apparent suicide of a teenage prostitute and the fate of Marshall himself? Jenny's curiosity is aroused. Why was Marshall behaving so strangely before he died? What injustice was he planning to uncover? And what caused his abrupt change of heart?

In the face of powerful and sinister forces determined to keep both the truth hidden and the troublesome coroner in check, Jenny embarks on a lonely and dangerous one-woman crusade for justice which threatens not only her career but also her sanity.

GOR001211178
The Coroner by M. R. Hall
M. R. Hall
Used - Very Good
Hardback
Pan Macmillan
2009-01-02
432
0230709842
9780230709843
Short-listed for CWA Goldsboro Gold Dagger 2009 (UK) Short-listed for Waverton Good Read Award 2009 (UK)
Book picture is for illustrative purposes only, actual binding, cover or edition may vary.
This is a used book - there is no escaping the fact it has been read by someone else and it will show signs of wear and previous use. Overall we expect it to be in very good condition, but if you are not entirely satisfied please get in touch with us.