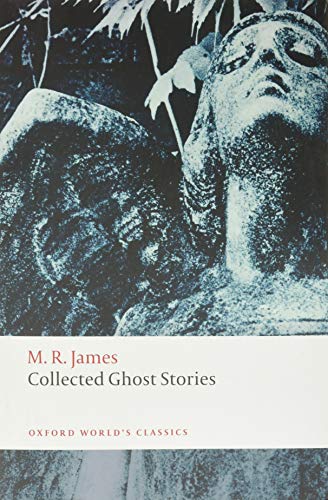 Used Price
£4.49
New RRP £8.99
Free Shipping in the UK
M. R. James's classic ghost stories are some of the finest in English, creating menace and terror in lonely country houses and remote inns. This is the only one-volume edition to include all James's published stories, an appendix of James's writings on the ghost story, and a critical introduction and notes.
Very Good Good

'I was conscious of a most horrible smell of mould, and of a cold kind of face pressed against my own...' Considered by many to be the most terrifying writer in English, M. R. James was an eminent scholar who spent his entire adult life in the academic surroundings of Eton and Cambridge. His classic supernatural tales draw on the terrors of the everyday, in which documents and objects unleash terrible forces, often in closed rooms and night-time settings where imagination runs riot. Lonely country houses, remote inns, ancient churches or the manuscript collections of great libraries provide settings for unbearable menace, from creatures seeking retribution and harm. These stories have lost none of their power to unsettle and disturb. This edition presents all of James's published ghost stories, including the unforgettable 'Oh, Whistle and I'll Come to You, My Lad' and 'Casting the Runes', and an appendix of James's writings on the ghost story. Darryl Jones's introduction and notes provide a fascinating insight into James's background and his mastery of the genre he made his own. ABOUT THE SERIES: For over 100 years Oxford World's Classics has made available the widest range of literature from around the globe. Each affordable volume reflects Oxford's commitment to scholarship, providing the most accurate text plus a wealth of other valuable features, including expert introductions by leading authorities, helpful notes to clarify the text, up-to-date bibliographies for further study, and much more.

Arguably the definitive collection by a single writer, this edition collects together all of James' spine-tingling tales in a single volume. From Oh, Whistle and I'll Come to You, My Lad to The Mezzotint, these stories guarantee unbearable horrified suspense. * The New European *
In his introduction to the 2013 Oxford World Classics edition of MR James's Collected Ghost Stories, Darryl Jones cites the story Casting The Runes, in which a Mr Dunning, lying in bed in the dark, gropes for matches under his pillow. * Teddy Jamieson, Sunday Herald (Glasgow) *
They are classics of the genre. He had a brilliant skill for unsettling you and you wake up panting in the night * Reverand Richard Coles, Daily Express *

Introduction ; Select Bibliography ; Chronology of M. R. James ; Canon Alberic's Scrap-book ; Lost Hearts ; The Mezzotint ; The Ash-Tree ; Number 13 ; Count Magnus ; 'Oh, Whistle, and I'll Come to You, My Lad' ; The Treasure of Abbot Thomas ; A School Story ; The Rose Garden ; The Tractate Middoth ; Casting the Runes ; The Stalls of Barchester Cathedral ; Martin's Close ; Mr Humphreys and His Inheritance ; The Residence at Whitminster ; The Diary of Mr Poynter ; An Episode of Cathedral History ; The Story of a Disappearance and an Appearance ; Two Doctors ; The Haunted Dolls' House ; The Uncommon Prayer-Book ; A Neighbour's Landmark ; A View from a Hill ; A Warning to the Curious ; An Evening's Entertainment ; There was a Man Dwelt by a Churchyard ; Rats ; After Dark in the Playing Fields ; Wailing Well ; The Experiment ; The Malice of Inanimate Objects ; A Vignette ; Appendix: M. R. James on Ghost Stories ; Explanatory Notes

GOR005534135
Collected Ghost Stories by M. R. James
M. R. James
Oxford World's Classics
Used - Very Good
Paperback
Oxford University Press
2013-09-12
512
0199674892
9780199674893
N/A
Book picture is for illustrative purposes only, actual binding, cover or edition may vary.
This is a used book - there is no escaping the fact it has been read by someone else and it will show signs of wear and previous use. Overall we expect it to be in very good condition, but if you are not entirely satisfied please get in touch with us.