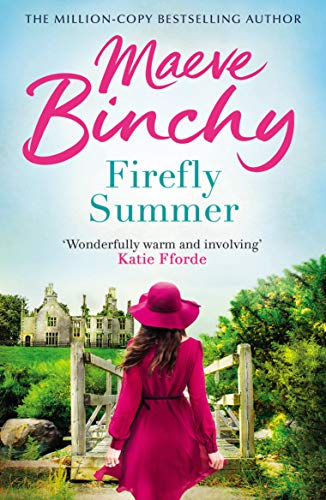 In Stock
£4.49
Every summer the four Ryan children play in the ruins of Fernscourt, the once-grand house on the bank of the river. A new luxury hotel promises to breathe new life into the village, and yet it could also spell disaster for the Ryan family.
Very Good
9 in stock

Every summer the four Ryan children play in the ruins of Fernscourt, the once-grand house on the bank of the river. But when the estate is bought by Patrick O'Neill, the wealthy Irish American, his grand plans for its development threaten to shatter the peace. A new luxury hotel promises to breathe new life into the village, and yet it could also spell disaster for the Ryan family. And as old values and traditions begin to crumble away, no-one - not even Patrick - can predict what his big dreams will do to the heart of their quiet village.

"Wonderfully warm and involving" -- Katie Fforde
"Maeve Binchy has a gimlet eye for the seething cauldron of emotions which lies beneath the surface of everyday life" * Irish Independent *
"An adept storyteller with a sharp eye for social nuances and a pleasing affection for her characters" * Sunday Times *
"The secrets hidden behind lace curtains, a young girl's first kiss, children's summer games, unexpected pregnancies, sudden deaths. She makes us feel as if we also know the place and the people... One of those good old-fashioned stories that are as comfortable and comforting as home itself" * The Philadelphia Inquirer *

Maeve Binchy was born in Dublin, and went to school at the Holy Child Convent in Killiney. She took a history degree at UCD and taught in various girls' schools, writing travel articles in the long summer holidays. In 1969 she joined the Irish Times and for many years she was based in London writing humorous columns from all over the world. She is the author of five collections of short stories as well as twelve novels including Circle of Friends, The Copper Beech, Tara Road, Evening Class and The Glass Lake. Maeve Binchy died on 30 July 2012. She is survived by her husband, the writer Gordon Snell.

GOR001174672
Firefly Summer by Maeve Binchy
Maeve Binchy
Used - Very Good
Paperback
Cornerstone
2006-08-03
928
0099498669
9780099498667
N/A
Book picture is for illustrative purposes only, actual binding, cover or edition may vary.
This is a used book - there is no escaping the fact it has been read by someone else and it will show signs of wear and previous use. Overall we expect it to be in very good condition, but if you are not entirely satisfied please get in touch with us.